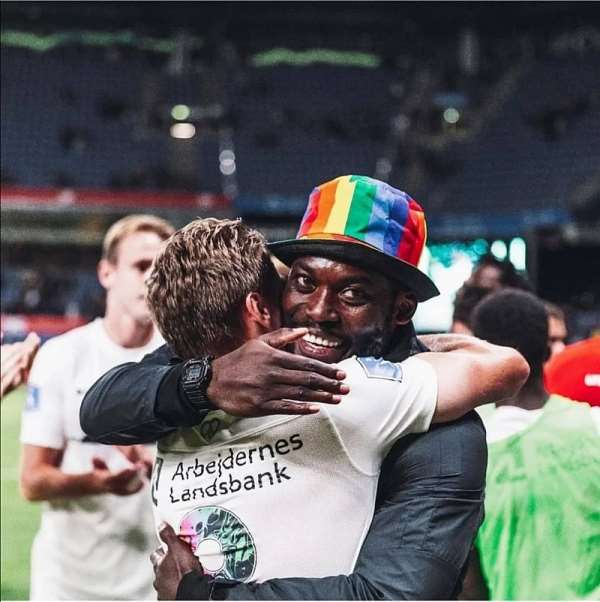 Michael Essien, a former Ghana international has offered support to the LGBTQ+ community after being spotted in a hat portraying their colours.

In a photo that has gone viral on social media, the former midfielder is seen wearing a hat with the rainbow colours.

The former Chelsea midfielder was forced to delete a photo that sought to support the LGBT community in Ghana after being severely criticised by a section of Ghanaians this year.

Essien had taken to Instagram on Monday to add his voice to the fast-trending controversial topic.

The 2012 Champions League winner leapt to the defence of the LGBT community in Ghana and called for more support for gays and lesbians in Ghana, insisting they must be heard.

"We see you, we hear you, we support you. Our LGBTQIA plus Community in Ghana #ghanasupportequalityGH,” he wrote.

However, the ex-Chelsea star later deleted the post after coming in for criticism from a section of Ghanaians.

This was after some of his followers expressed their disappointment in him, while others vowed to unfollow him altogether.

Meanwhile, Ghana’s Parliament is currently working on a legislation to criminalise all activities of homosexuals