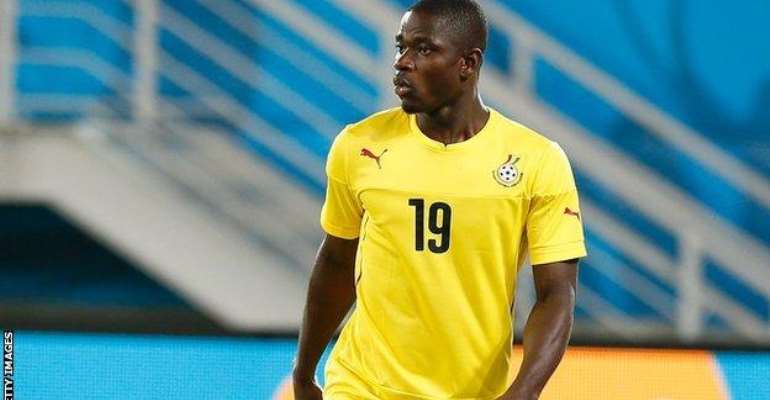 Columbus Crew captain, Jonathan Mensah has been handed call up to the senior national team, the Black Stars squad for the Ethiopia and South Africa games.

The Black Stars will host Ethiopia before travelling to Jonahenesberg to play South Africa on September 3 and 6.

According to CK Akonnor, the injury to Nicholas Opoku has given an opportunity for Mensah to be called.

Besides, the coach said the excellent performance by the 2009 Under-20 World Cup-winning star for his club in recent times has made it difficult for him to be overlooked.

Speaking after releasing his provisional squad for the World Cup qualifiers, the 46-year-old coach said even though the player has been out of the team for about a year now he was happy to hand him another opportunity to be part of the team.

“Jonathan Mensah has been out of the team for about a year now but he is back because he’s been very consistent with his performance with Columbus Crew.

He is done so well and I think he replacement… maybe I will say that we know that Nicholas Opoku is injured.

"He’ll be back maybe January or February and so we need another strong person to fill that void and Jonathan Mensah is in and we are happy he is with us," he added.

Akonnor will be hoping to steer the Black Stars to the Mundial that will be staged in Qatar after missing the last edition in Russia.