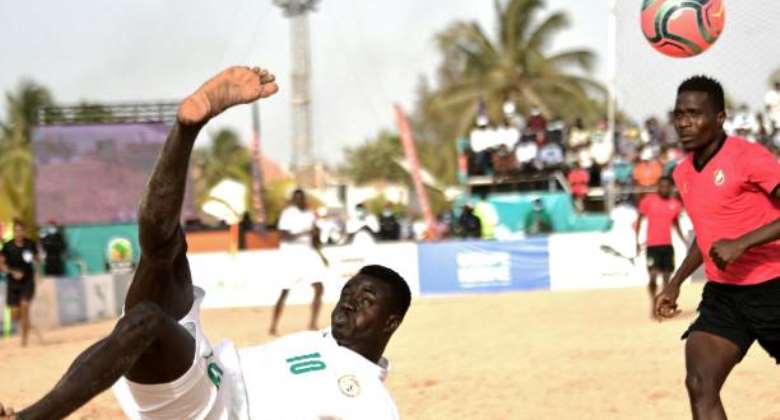 This will be the 11th edition of the Beach Soccer World Cup and sees two African representatives: Senegal and Mozambique, who were the respective champions and runners-up at the 2021 Africa Beach Soccer Cup of Nations held back in May.

Senegal, the six-time African champions, will be appearing at their third successive Beach Soccer World Cup and looking to improve on their best-ever showing at the global tournament, which was reaching the quarterfinals in 2007, 2011, 2017 and 2019.

Coach Oumar Sylla, who has been in charge of the West African team since 2016, is hopeful that his side can finally break that last-eight barrier. “At the Bahamas edition [2017], we started strong, before running up against a renowned opponent in the shape of Italy, who eliminated us with a 5-1 defeat,” explained the coach.

“In Paraguay [2019], we topped our group despite it containing three established beach soccer nations in Russia, Belarus and UAE. We lost only one group game – against Russia – and won our other two games [before being eliminated by eventual champions Portugal].”

This time around Senegal are drawn in Group D with Portugal, Oman and Uruguay. Sylla admits it’s a tough trio of opponents: “We’ll be up against experienced opponents like Portugal, who I consider favourites for the title, Uruguay, who have a very experienced team, and Oman, a solid side who are physically strong, technically gifted and tactically disciplined."

Mozambique, meanwhile, will be making their Beach Soccer World Cup debut. The Southern Africans have been drawn in Group B with Spain, United Arab Emirates and Tahiti, and coach Abineiro Ussaca is excited to see his team jump into the deep end of a global tournament for the first time.

"We know very well that we’re a small team with no track record yet, which is why we’ll go into this World Cup with humility and respect, and a desire to learn," admitted the realistic but ambitious Ussaca. "We intend to develop our football based on technical finesse and attacking. Our players are masters on sand and super motivated to test themselves against our three opponents."

The group stage of the FIFA Beach Soccer World Cup will run from 19-24 August, with the top two teams from each group advancing into the quarterfinals (26 August), followed by the semifinals (28 August), as well as third-place playoff and final (both 29 August).

No rival can compete with SuperSport’s coverage. Our viewers on DStv and GOtv enjoy an unrivalled selection of football from around the world! Don’t miss the New Football Season on SuperSport on DStv and GOtv. Visit www.dstv.com and www.gotvafrica.com to subscribe or upgrade, and join in on the excitement. And while you’re on the move, you can stream matches on the DStv App.