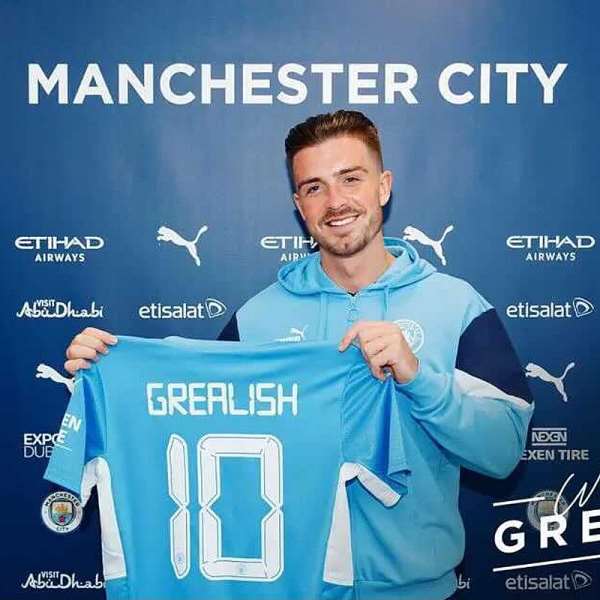 Manchester City have announced the signing of Aston Villa captain Jack Grealish for a British-record transfer fee of £100 million.

Pep Guardiola has been chasing the Villa playmaker for most of the summer but the club have had to wait for his return from his post-Euro 2020 break.

Villa had reportedly wanted to give Grealish wages of £200,000 a week in order to convince him to stay at his boyhood club, but he will now join the current Premier League champions for a record fee paid by any side in England, more than the £89m paid by Manchester United for Paul Pogba when he rejoined from Juventus in 2016. Grealish last signed a new deal with Villa in September 2020.

“I am incredibly happy to have joined Manchester City,” Grealish said. “City are the best team in the country with a manager considered to be the best in the world – it’s a dream come true to be part of this club.

“Over the past 10 seasons, they have won major trophies consistently. Pep coming here has taken them to the next level and the football this team plays is the most exciting in Europe. To play for Pep and learn from him is going to be special and it’s something any top footballer would want. The facilities are amazing, and I honestly can’t wait to get started, meet everyone and get playing.”

The 25-year-old could make his debut in Man City’s game with Leicester City in the Community Shield this Saturday.

Grealish had returned to pre-season training with Villa ahead of the move, in contrast with Tottenham’s Harry Kane, who has failed to report for training with his side in anticipation of his own move to City, with Spurs chairman Daniel Levy not yet willing to do business.

Villa have already signed Leon Bailey from Bayer Leverkusen for £25m, and earlier brought in Emiliano Buendia from Norwich City, as well as Ashley Young on a free transfer from Inter Milan. All three would be able to play in one or more of the positions that Grealish has taken up for Villa. They also pursued Emile Smith Rowe of Arsenal until he signed fresh terms to stay at the Emirates.

City have lost Eric Garcia and Sergio Aguero to Barcelona after their contracts expired in the summer, and their midfielder Bernardo Silva continues to be linked with a move away from England.