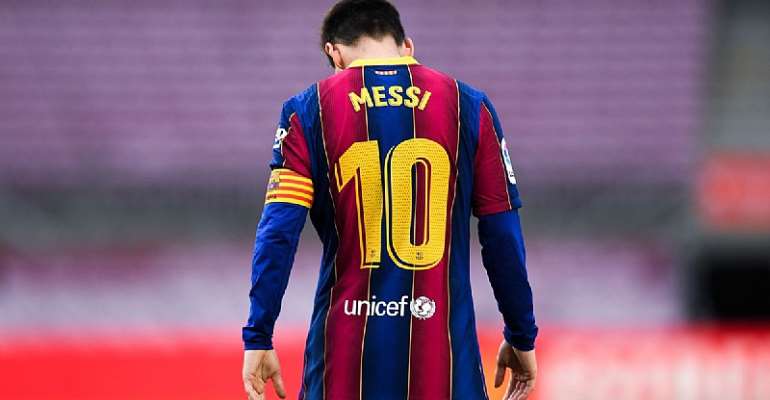 La Liga giants, FC Barcelona have announced that Lionel Messi is leaving the club and will not continue with the team in the upcoming 2021/2022 football season.

Last summer this looked inevitable but after weeks of a standoff with the then Barcelona President Josep Maria Bartomeu, the Argentine put plans to leave the club on hold to stay.

With that episode history before Joan Laporta was voted new President, the mood in Barcelona changed with fans all over the world confident the magician was going to sign a new contract.

And indeed the world football icon was set to sign a new contract this week. However, due to financial constraints and the club’s inability to meet the requirements of La Liga, Messi’s time at Barcelona has come to a painful end today.

“Despite FC Barcelona and Lionel Messi having reached an agreement and the clear intention of both parties to sign a new contract today, this cannot happen because of financial and structural obstacles (Spanish Liga regulations).

“As a result of this situation, Messi shall not be staying on at FC Barcelona. Both parties deeply regret that the wishes of the player and the club will ultimately not be fulfilled.

“FC Barcelona wholeheartedly expresses its gratitude to the player for his contribution to the aggrandisement of the club and wishes him all the very best for the future in his personal and professional life,” a Barcelona official statement announced on Thursday.

With the end of an era, Modernghana Sports with data provided by partners and renowned statistics outfit SofaScore brings to you the numbers behind the undisputed La Liga ‘Greatest of All Time’.

Between 2004 and 2021, Lionel Messi made the Spanish La Liga his own, scoring an unmatched 672 goals while astonishingly providing 305 assists after making 778 appearances.

Possible destination:
Lionel Messi, 34, in the past has been linked with possible transfers to French Ligue 1 bullies Paris Saint-Germain.

In addition, there have always been links to join English Premier League champions Manchester City.

Although speculations have it that he could move to the MLS, there is nothing concrete on that front as well.

The next few weeks will be crucial for the next destination of Messi with the major European leagues lined up to start.