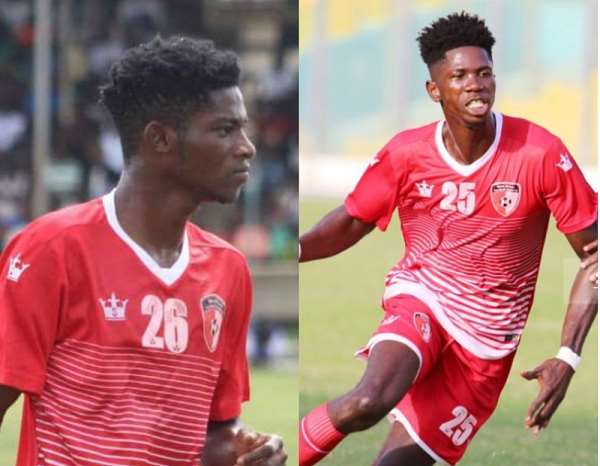 The duo arrived in the capital yesterday to complete their move to the Rainbow club.

Asubonteng and Yiadom have passed their medical ahead of their imminent switch to the reigning champions.

Asubonteng, 20, who was also being chased by Asante Kotoko had an impressive campaign with the Academy boys in the just ended Ghana Premier League season.

The budding talented winger managed to score four goals and five assists in 27 matches this term.

Meanwhile, young centre-back Konadu Yiadom is currently one of the highly-rated guardsman in the Ghana Premier League season with WAFA.

The 21-year-old played an instrumental role at the Sogakope based club, making 32 appearances, scoring three goals for the club.

Hearts of Oak, winners of the 2020/21 Ghana Premier League title, are keen to bolster their squad as they prepare to participate in next season’s CAF Champions League and domestic competitions.

Modernghana.com also understand that Hearts of Oak are on the verge of signing Great Olympics captain Gladson Awako.

The midfielder will also undergo a medical examination and will sign a two-year deal.