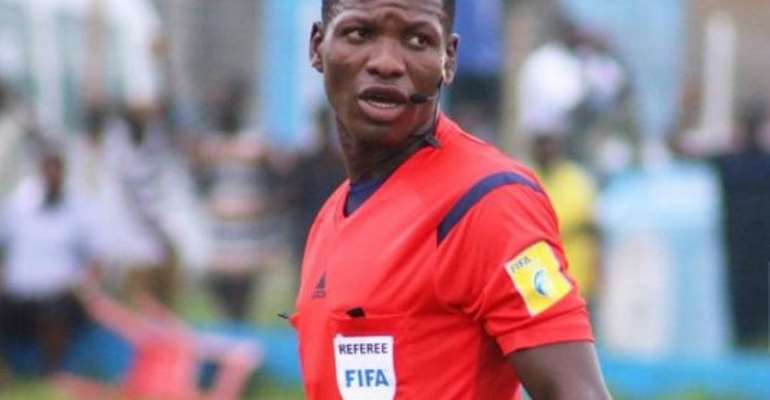 Top Ghana referee, Daniel Laryea has been appointed to officiate the MTN FA Cup final between Hearts of Oak and Ashanti Gold SC this weekend.

“Referee Daniel Nii Ayi Laryea has been appointed to officiate the final match of the MTN FA Cup competition scheduled for Sunday August 8 at the Accra Sports Stadium.

“He will be assisted by Kwasi Acheampong Brobbey and Patrick Papala with Wiseman Ghansah as the fourth Official,” a communique from the GFA has announced today.

On Sunday, August 8, 2021, at the Accra Sports Stadium, it will be fireworks when league Champions Hearts of Oak lock horns with Ashanti Gold SC in the domestic cup final.

While the Phobians are targeting a win to complete what will be a delightful double, the Miners have set sight on clinching the MTN FA Cup title to earn the right to play in the CAF Confederations Cup next season.

The clash between the two Ghanaian top-flight giants will kick off at 17:00GMT.