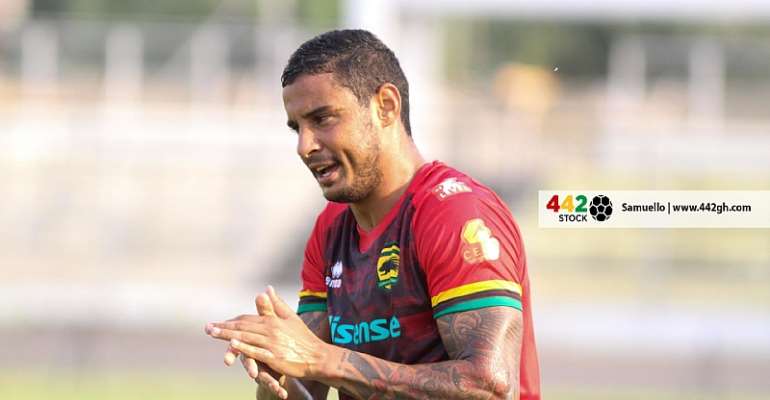 Mariano Barreto after failing to win a trophy has taken a swipe at Asante Kotoko management of the club after the signing of Brazilian striker, Michael Vinicius.

Following the sale of Kwame Poku to USM Alger, the club announced the signing of the striker as a replacement for Poku on one year deal.

Vinicius however failed to live up to expectation after just three months at the club.

However, Barreto has stated categorically that there's no proper Brazilian striker that will fly down to Ghana for football reasons as those people will rather target playing in Europe.

He stressed that he was astonished when he was told a top striker is arriving from Brazil because there is no prolific and in-form player will move from his country to play in Ghana.

“So I was surprised to hear that a top striker from Brazil is coming to replace Kwame Poku at Kotoko."

“When they (Kotoko) told me a top Brazilian striker is to replace Kwame Opoku, I was surprised. Because why could a top striker in Brazil come to Ghana?" he added.

Vinicius scored just once for the Porcupine Warriors.

However, playmaker, Fabio Gama, who is also a Brazilian was sensational for the club, scoring 5 goals with 7 assists in the just-ended campaign.