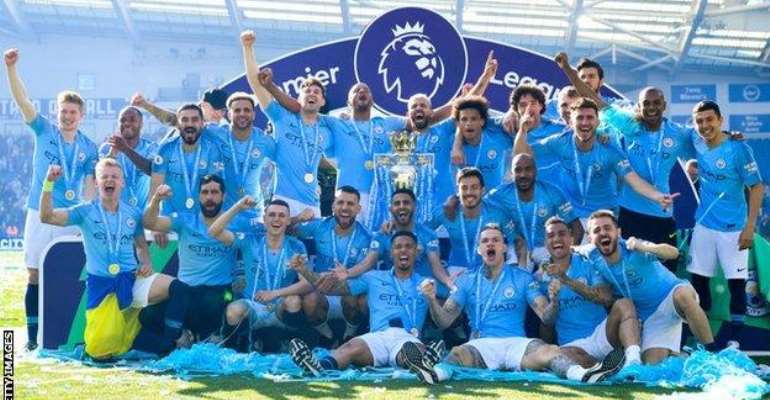 At the start of this Premier League season, there is one major question: can anyone dethrone Manchester City?

Pep Guardiola’s side claimed a third title from the last four seasons when they finished comfortably on top of the 2020-21 log and they appear as strong as ever heading into the start of the new campaign.

SuperSport viewers on DStv and GOtv can look forward to a brand new Premier League season, kicking off on 13 August and scheduled to run until 22 May 2022.

DStv and GOtv is the only true home of football in Africa, offering a range and depth of action that no other rival can match it’s literally ‘Unbeatable Football’! If you’re going to spend your money on something, it may as well be on the best football in the world.

They will open the defence of their title with a potentially tricky game away to Tottenham Hotspur now managed by Nuno Espirito Santo, who has claimed some major results against City in recent seasons on Sunday 15 August.

One of City’s main threats will come from Liverpool, who endured a difficult campaign last time out but will be bolstered by the return of key centre-back Virgil van Dijk, as well as further excellence from Diogo Jota, whose first season at Anfield was disrupted by recurring injuries.

“I feel like being able to play in different roles gives you an extra advantage because managers can choose you for one thing or another,” said the Portuguese attacker. “It’s good for a player to have that ability – and that’s one thing I’m looking to improve on as well.”

Chelsea will also be contenders for the title, with Thomas Tuchel’s Blues claiming a psychological advantage over City after key wins over them in both the FA Cup semifinal and UEFA Champions League final.

“We have to be on point to reproduce the kind of performances that we have already shown. We need to forget success and restart from scratch, this is the challenge in sports. This is what we demand from ourselves and then we demand it from the players,” said Tuchel.

Last season’s runners-up, Manchester United, will also look to take a step forward – especially after the signing of winger Jadon Sancho from Borussia Dortmund. The 21-year-old English international has been one of the most effective attackers in Europe in the past two seasons and could give an extra edge to the Red Devils as they look to win a first Premier League title since 2012-13.

Further down the log, Rafael Benitez will look to win over Everton fans after replacing Carlo Ancelotti at Goodison Park; David Moyes will hope West Ham United can repeat their excellence from last season; as will Leeds United and Marcelo Bielsa; while newcomers Brentford will become the 50th different club to feature in the Premier League when they open the 2021-22 season with a match at home to fellow London club Arsenal on Friday 13 August at their Community Stadium.