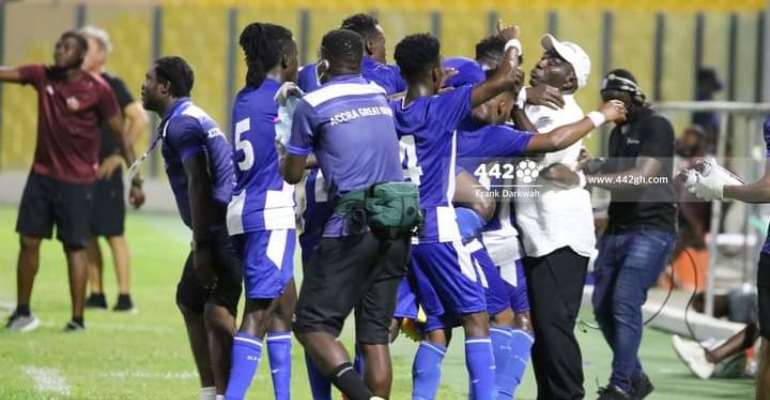 Annor Walker, the head coach has confirmed that Hearts of Oak have expressed their interest in signing Jamaldeen Haruna and Razak Kasim.

The Ghana Premier League champions are looking to strengthen their squad ahead of their participation in the CAF Champions League next season.

The Phobians have been linked with a lot of players in the ongoing transfer window.

Walker in an interview has confirmed that The Phobians have contacted the club for the centre-back and defensive midfielder.

"Hearts of Oak have shown interest in our centre-back Jamaldeen Haruna and Razak Kasim," Annor Walker, who is the head coach of Great Olympics and also Black Stars 'B' coach told Asempa FM.

According to reports, the former TP Mazembe midfielder has agreed to personal terms with Hearts of Oak.

The 30-year-old has, however, confirmed his readiness to play for the Ghanaian giants next season.