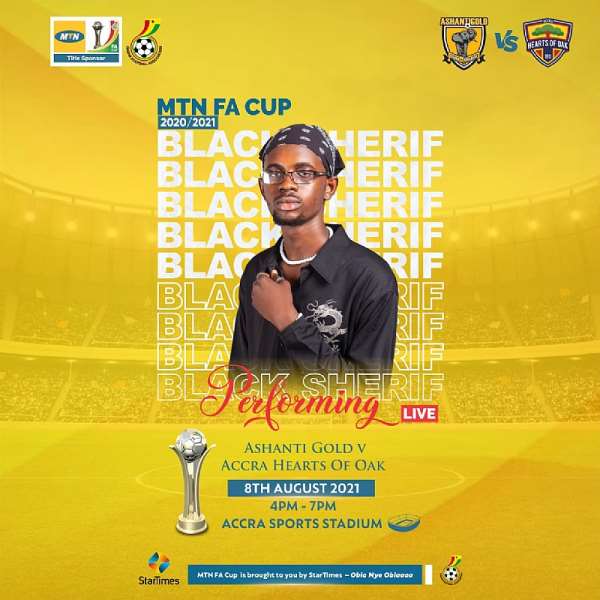 Hearts of Oak, who are the champions of the 2020/21 Ghana Premier League champions booked their place in the final when they defeated Medeama SC 3-0 in the semifinal game at the Cape Coast Stadium.

Ashgold also secured their place in the final after beating Berekum Chelsea 3-1.

And the 'Second Sermon' hitmaker will perform at the Accra Sports Stadium before and after the game on Sunday.

The FA Cup final is returning to the capital for the first time in seven years following the decision of the Ghana Football Association to rotate the venues for the final matches.

The last final that was held at the Accra Sports stadium was in 2014 when Asante Kotoko beat Inter Allies 2-1 to win a record eighth FA Cup title.

The match between Accra Hearts of Oak and AshantiGold SC has been scheduled to kick off at 17:00GMT.

The game will be broadcasted live on StarTimes Adepa 247.