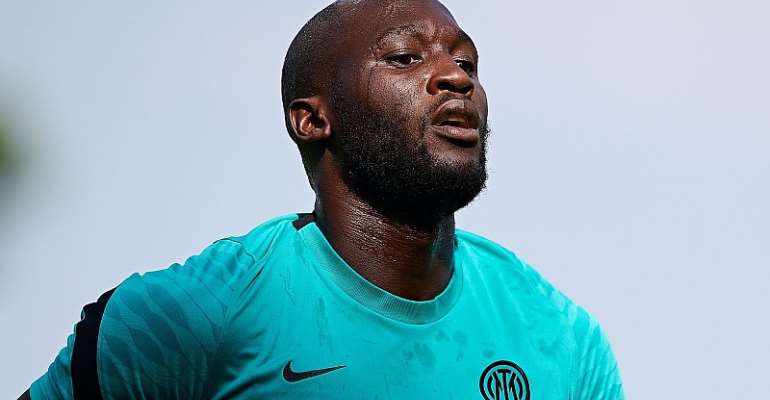 Romelu Lukaku has told Inter Milan he would like them to accept a suitable offer for him from Chelsea.

Chelsea remain determined to re-sign the Belgium striker despite Inter having rejected a second offer of £85m for the 28-year-old, which would have also seen left-back Marcos Alonso move to the Serie A club, according to Sky in Italy.

The reigning European champions had already seen a first offer rebuffed by Inter and it is understood neither proposal had made the Italian club change their mind about selling Lukaku.

Premier League rivals Manchester City had also registered their interest in signing Lukaku earlier this year, but no offer was made as Inter showed no intention of selling at the time.

Speaking after his side's pre-season friendly against Tottenham on Wednesday evening, Chelsea head coach Thomas Tuchel refused to directly address the transfer situation but described Lukaku as a "fantastic player".

Asked about Lukaku having expressed his desire to return to Stamford Bridge, Tuchel added: "Everybody wants to come (to Chelsea) hopefully. Not everybody, unfortunately, but you can imagine that a lot of players want to come and join.

"The board is not offering players. That's not the way it works so far. We're talking with the board about players and if our opinions and the scouts conclude, then we target players who, in all our opinion, could make our squad stronger, which is quite a challenge to find.

"We don't only talk about talent but also attitude because we have a strong squad and there are some players of which we think they could be a good target and good add-ons and good improvement in our squad."

Inter need to reduce their wage bill this summer and title-winning boss Antonio Conte left the club in May amid concerns about plans to cut his budget.

Chelsea are determined to sign a world-class striker and their other main target this summer has been Borussia Dortmund's Erling Haaland.

Lukaku previously spent three years at Chelsea after signing from Anderlecht as a teenager in 2011.

However, he made only 15 appearances for the club - failing to score a goal - before moving to Everton for £28m in July 2014.

He was close to a return in July 2017 but opted to join Manchester United for £75m. Inter signed him from United for £73m two years ago.

Sky Sports News reporter Kaveh Solhekol:
"If you're a Chelsea supporter, you should now be thinking that this deal for Romelu Lukaku is getting closer and closer. What has happened today is that he's told Inter Milan that he would like them to accept a suitable offer from Chelsea for him.

"He's let it be known to Inter that he would like them to listen to what Chelsea have to say and if they can make them an offer that is acceptable and agreeable, then he would like to move to Chelsea.

"This is a crucial development today. We know that he's been happy at Inter and that he has a great relationship with people at the club and the fans but he's now made his stance known.

"If Chelsea were to offer 120m euros, I'm told it would be impossible for Inter to turn that down."

Sky Sports News reporter Dharmesh Sheth:
"It's a very good question as Chelsea were very interested in Haaland. Who knows, they could still be interested. Could you see a situation where they could try to break the bank by bringing in Haaland and Romelu Lukaku? That seems unlikely.

"This could drag on into next summer. Borussia Dortmund have said that there's no gentleman's agreement with Haaland as there was with Jadon Sancho. All of the noises coming out of Germany are saying that Dortmund won't sell both those players in the same transfer window.

"Haaland has a release clause that kicks in next summer. With Man City in for Harry Kane and Chelsea in for Lukaku, where does that leave those two clubs with regards to Haaland? Maybe they both feel they could pair those players with Haaland but next summer there will be more clubs who could afford him."