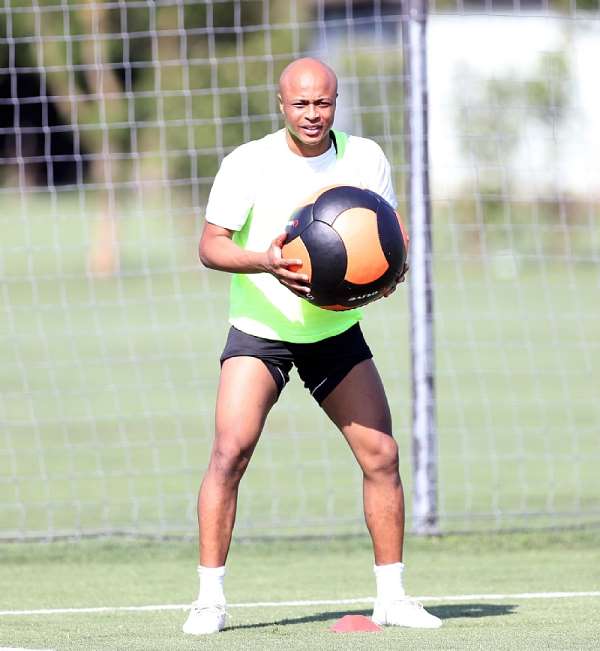 Ghana captain, Andre Ayew has started pre-season training with Al Sadd for the first time after joining the Qatari club.

The 31-year-old joined the Middle East club as a free agent this summer after leaving Swansea City.

Ayew looked active as he trained with his new teammates and under the guidance of the legendary Xavi Hernandez who has been coaching Al Sadd since 2019.

The former West Ham forward signed a two-year deal with the Wolves last month and clearly wants to be in the best shape ahead of the 2021-2022 season.

Ayew and Al Sadd are camping in Barcelona ahead of the 2021/22 football season.

Al Sadd will be in Barcelona till August 14, 2021, before returning to Qatar.

Xavi’s side won the league last season and will be hoping to defend it as well as win the Asian champions league.

The Qatari league does not start till mid-September so fans of the club will have to be patient, but there are three friendly games scheduled for the team while they stay in Barcelona.