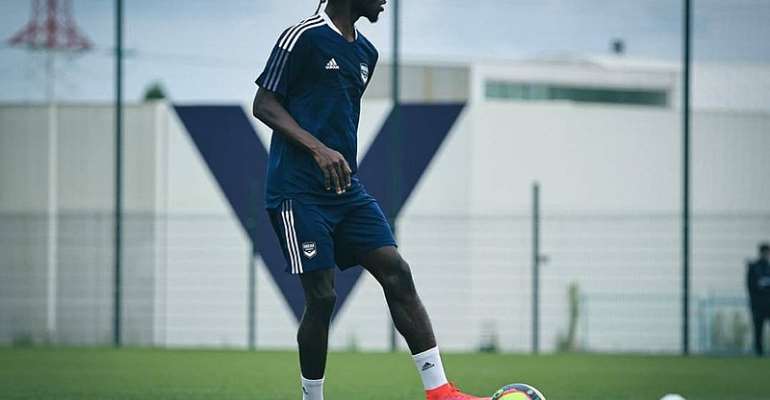 The left back completed his move from Austrian giant Red Bull Salzburg to French Ligue 1 side Girondins de Bordeaux on Tuesday afternoon.

The former West African Football Academy (WAFA) SC graduate has passed his mandatory medical test and has been introduced to his new teammates.

Mensah joins Bordeaux on loan with buy option from RB Salzburg, he’s now now in France and after completing his move will start training on Wednesday.

Last season, the Ghanaian left-back played at Vitória Guimarães in Portugal Primera Liga but his deal was not made permanent due to the valuation of the player by both teams.

Upon his return to the Red and Whites outfit, the 23-year-old has been shipped out again on loan for the 2021-22 season in France with the Mauves and Whites team.

Bordeaux could make his move permanent at the end upcoming season.