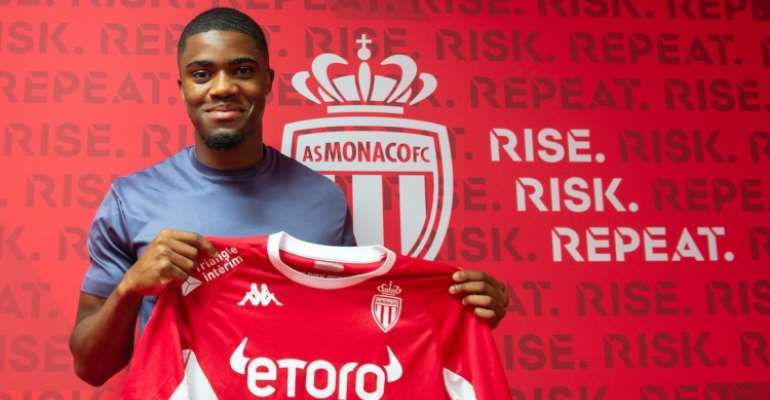 AS Monaco have completed the signing of Dutch-born of Ghanaian descent, Myron Boadu from Eredivise side AZ Alkmaar.

Boadu, whose father is a Ghanaian, was trained at AZ Alkmaar, a club he joined in 2013.

The 20-year-old arrived in the city of Monaco on Tuesday to finalise everything, passing mandatory medicals.

The promising forward has signed a four year deal with the French Ligue 1 side which keeps him at the Stade Louis until 2025.

Boadu, since his promotion into the AZ Alkmaar senior team in 2017, has been outstanding leaving him as one of the fans favourites at the AFAS Stadion scoring 15 goals in 31 outings in the just-ended campaign.

Boadu has chosen to represent the Netherlands at the national level passing through all the ranks in their various national teams having made his senior debut for the Oranges in their 5-0 victory over Estonia in the UEFA Nations League qualifiers.

He has already scored 38 goals (18 assists) in 88 games with Alkmaar, including 21 games in European competition (6 goals and 7 assists).