Karela United, Goldsters, Sky FC and others are said to be interested in Justice Blay’s Cousin 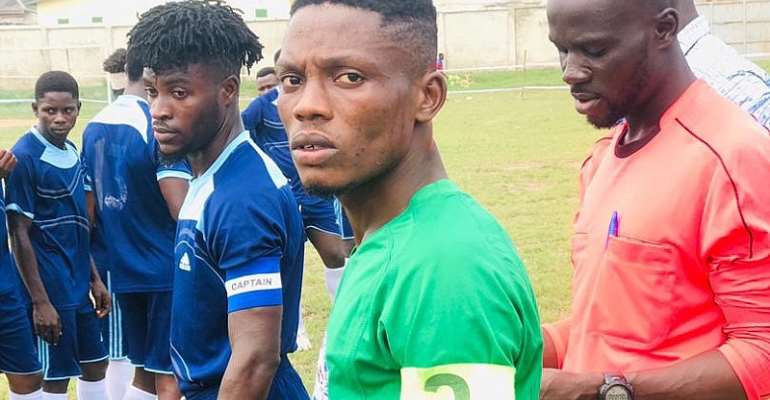 Justice Blay’s cousin Samuel Adjei Jnr is reported to be one of the targets of three premier clubs and six division one clubs.

As described by some renowned sports journalists, the striker has pace, he is clinical and has higher technical ability.

About eight clubs have contacted him but competitively leading the race are Goldstars, Sky FC and Karela United who are on the verge of losing their striker.

Samuel Adjei’s recent performance against Ajax FC is what actually attracted these clubs, he scored a hat-trick, five shots, five on target, three goals all in one match. And he was named the King Of The Match.

In case Justice Blay leaves, his cousin will be Medeam’s target