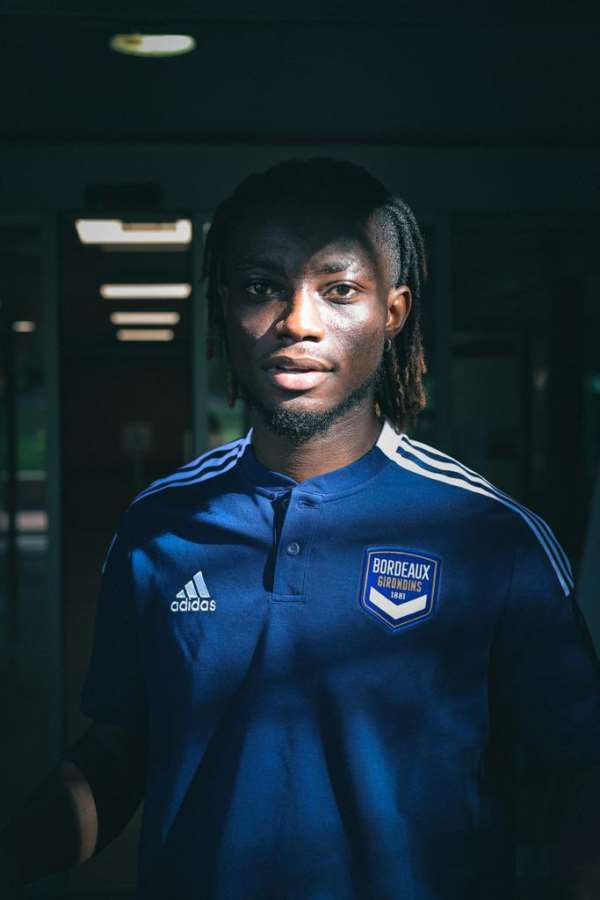 On the back of talks over an imminent move, the Black Stars defender on Tuesday evening wrapped up a season-long loan move to the French outfit in a deal that could be made permanent at the end of the 2021/2022 football season.

“FC Girondins de Bordeaux is pleased to announce the arrival of Gideon Mensah, on loan with option to purchase for the coming season,” an official statement on the website of the French club has said.

Taking to his social media to react to the move, the youngster has expressed his joy while extending appreciation to his agent for making the deal happen.

The post on his Twitter page reads, “Very much excited about the new challenge. Let's make great strides FC Girondins de Bordeaux. Thanks to my agent…”

The 23-year-old last season spent the campaign on loan in Portugal where he played for top-flight side Vittoria Guimares.

During that spell, he made 22 appearances for the team and was a key player for the side.

In the seasons before, Gideon Mensah played for Zulte Waregem and Sturm Graz.