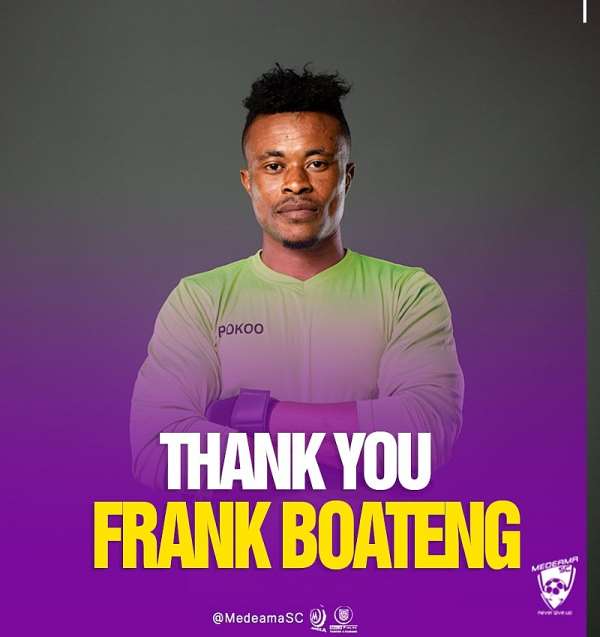 Medeama SC have terminated the contract of Frank Boateng after an unimpressive output in the just ended season after just 10 months.

Boateng joined the Yellow and Mauves lads in October last year after ending his stay at AshantiGold SC.

The goalkeeper was subjected to criticisms after his poor display against Hearts of Oak in the MTN FA Cup semifinal game.

According to a statement, the club said thru have reached agreement with Boateng to terminate his contract mutually ahead of the 2021/22 season's campaign.

He previously played for Techiman City Football Club before joining Ashantigold in 2017.