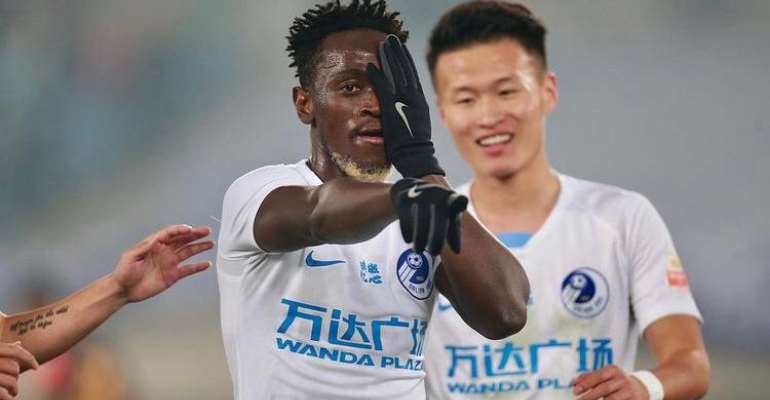 The former UD Levante star today earned a starting role when his team traveled to face the matchday opponent at the Kunshan Sports Centre.

Enforcing the attack of his team, Emmanuel Boateng was massively involved when the visitors equalized through Qianglong Tao after just seven minutes into the first half to take the lead.

Staying sharp, the striker got his name on the scoresheet when he scored from the spot in the 63rd minute with a smart effort.

In a game where the Ghana forward lasted 82 minutes, he was a standout player for Dalian Pro and bowed out with a high rating of 7.5 according to statistics recorded by SofaScore.

On the matchday, Liangming Lin and Tong Lei combined for the third goal for the winners in the 68th minute before a late equalizer from Magno Cruz served as the consolation for Tianjin Teda.

Having finally opened his goal-scoring account after five appearances in the Chinese Super Lig, Emmanuel Boateng will hope to keep scoring after today’s goal to help his team achieve its target for the season.