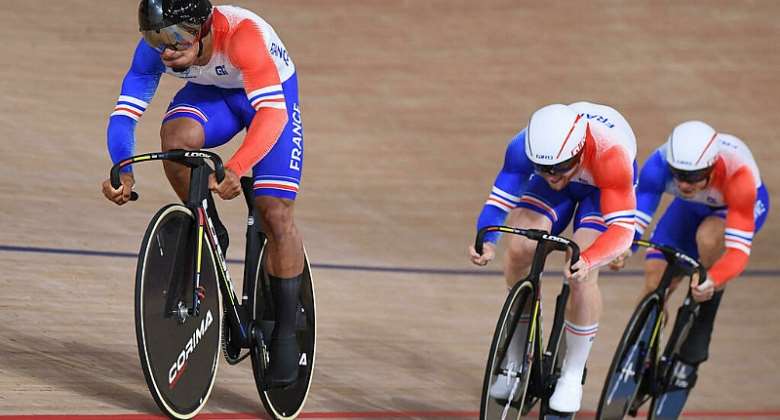 The French track cyclists got the day's medal chase off to a powerful start, taking bronze behind The Netherlands and Great Britain. There was disappointment for pole vaulter Renaud Lavillenie and shot-putter Alexandra Tavernier who didn't make the podium. But, without question, the prize for smile of the day went to US gymnast Simone Biles, after bronze on the beam.

Day 11 started badly for the French Olympic family, with the news that the sporting arbitration tribunal had rejected the appeal of boxer Mourad Aliev against his disqualification in the quarter-finals.

But that disappointment was quickly forgotten as the men's track cycling team made up of Florian Grengbo, Sébastien Vigier and Rayan Helal collected bronze behind the highly-fancied Dutch (who set a new Olympic record on the way to gold) and the British.

Highs and lows
Things did not go well for the day's two French finalists in athletics.

Paul vaulter Renaud Lavillenie had a fall during the warm up, and was clearly in a lot of pain with an ankle injury. He easily cleared the early heights, but was in trouble once the bar moved into the serious zone.

He failed three times at 5.92 metres and was eliminated. No medal this time to add to those Lavillenie collected in Rio and London.

Instead, Swedish athlete Armand Duplantis won gold with 6.02 metres. He even went on to attempt the world record but brushed the bar ever so lightly and to his surprise, it came down just after his jump.

Christopher Nielsen pulled through with silver medal for the Team USA.

French shot-putter Alexandra Tavernier opened with a throw of 73.54 metres, had a couple of poor efforts, and then produced a massive 74.41, which saw her move into fourth place finally, just outside the medals.

Looking forward
There is still plenty to look forward to for the French.

In basketball, Les Blues powered past a gritty Italian squad, 84 - 75, to claim a semi-final berth against Slovenia.

And the French handballers continued to advance, comfortably dominating Bahrain 42 points to 28 in their quarter-final.

In sailing, the French pair of Camille Lecointre and Aloïse Retornaz are in second place after two races in the 470 class, ahead of tomorrow's decisive series.

Biles 'beams' from ear to ear
Day 11 also saw the return to competition of US gymnastics star, Simone Biles.

Biles, four-time gold medallist at the Rio Games five years ago, has had form problems in Tokyo and had already withdrawn from the four earlier discipline finals, saying she needed to protect her mental health.

Tuesday saw her maintain her composure to win a bronze medal with a limited programme on the beam. The Chinese pair Chenchen Guan and Xijing Tang took gold and silver.