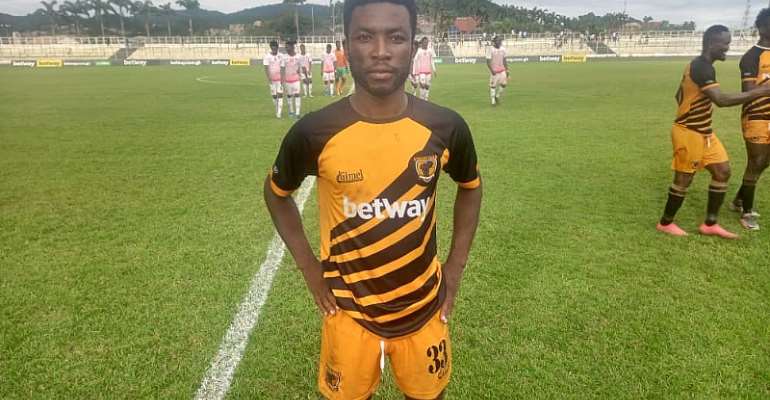 Ashanti Gold SC striker, Seth Osei has stressed that his team is guilty of the allegations of betting and match-fixing leveled against the side.

Nicknamed the Miners, the team in Obuasi has come under backlash following news that their final Ghana Premier League game against Inter Allies FC was fixed.

On the match, Ashgold won 7-0 with Inter Allies defender Hashmin Musah scoring two own goals and explaining subsequently that it was deliberate to spoil a planned match-scheming scheme.

Speaking to Oyerepa FM in an interview, attacker Seth Osei has shared that his team did not fix the game against Inter Allies FC.

“I met the committee and told them what I know. I haven't and wasn't involved in any match-fixing. I don't even bet. I can say my team is not guilty of the accusations.

“I will cooperate to go to the bottom of the issue. Notwithstanding, we are focused to beat Hearts on Sunday. Personally, I am a tough-minded person and this can't sway my attention,” Seth Osei shared.

Ashanti Gold SC is currently preparing for the MTN FA Cup final against league champions Hearts of Oak next weekend.

The team is focused on winning to earn the right to play in the CAF Confederations Cup.