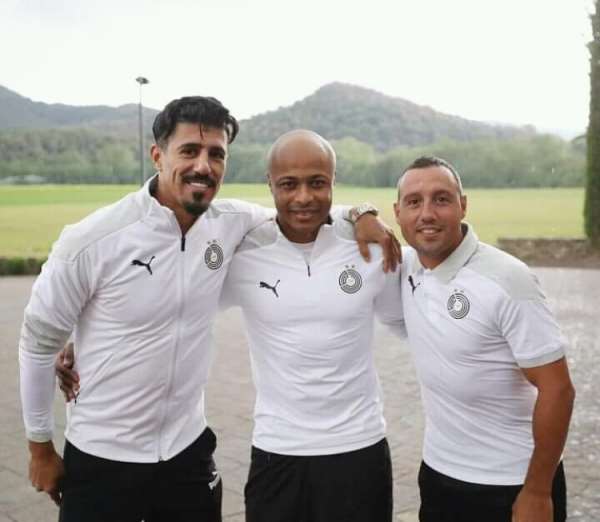 Ghana captain, Andre Ayew has been named in the Al Sadd squad for pre-season training in Spain.

The Qatari champions have arrived in Barcelona for pre-season ahead of the new 2020-21 season.

The U-20 World Cup winner joined the Asian club as a free agent this summer.

“The Al-Sadd first-team squad arrived in Barcelona at 2:00 pm local time on Monday, ahead of the overseas training camp in preparation for the new, 2021-22 season. The camp is scheduled to continue until the 14th of this month,” read part of the statement.

“The team will reside at the Hotel Vall de Bas in the Olot region, which is situated 100 km from Barcelona. This is the second time that the Wolves have camped in this area, after doing so in the 2019-2020 season as well.”

The 31-year-old completed his move to the club after leaving EFL Championship club Swansea City at the end of last season and was handed jersey No.24 having penned a two-year contract with an option to extend for another year.

Al Sadd is handled by former Barcelona star Xavi Hernandez and the Black Star will hope to continue from where he left off at Swansea where he ended the 2020-21 season as the club's top scorer.