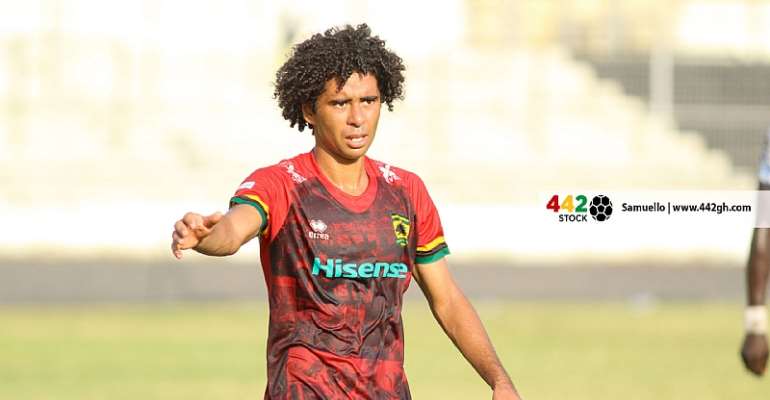 The Brazilain joined Ghana Premier League side, Asante Kotoko prior to the start of the 2020/21 football season.

The midfielder established himself as a key player for the side in the just-ended season despite failing to win a trophy.

The 28-year-old silenced all his critics with 5 goals, 7 assists and 3 Man of The Match awards in his first ever experience on the continent.

And according to Odartey Lamptey, the Brazilian is the kind of player he will love to have in his team but added that it is impossible.

"Fabio Gama will be the first player I would always wish to have in my team but no way to have him now," he told Elmina based Ahomka FM.

Gama has returned to his country for holidays after failing to propel Kotoko to the MTN FA Cup final.