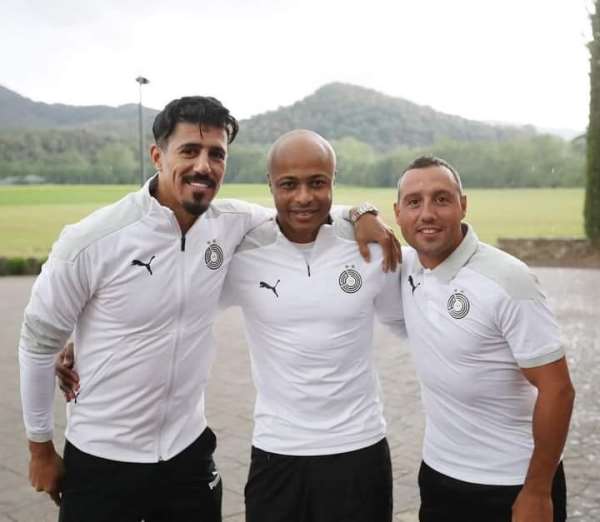 Ghana international, Andre Ayew has joined his Al Sadd SC teammates to embark on a pre-season tour in Barcelona, Spain.

The Black Stars captain in July completed a delightful move to the Qatari Champions shortly after partying ways with English Championship side Swansea City.

Having subsequently taken time to sort out some personal issues, Andre Ayew has today reported to the camp of Al Sadd SC.

The highly-rated attacker on Monday joined his new teammates as they traveled to Spain to hold a short pre-season training camp in the beautiful city of Barcelona.

The club will be playing a few friendly matches while away as part of the preparations for the start of the 2021/2021 football season.

In that campaign, Andre Ayew and his teammates will not only be aiming to win the Qatari Stars League but will also make a push to try and clinch the Asia Championship title as well.