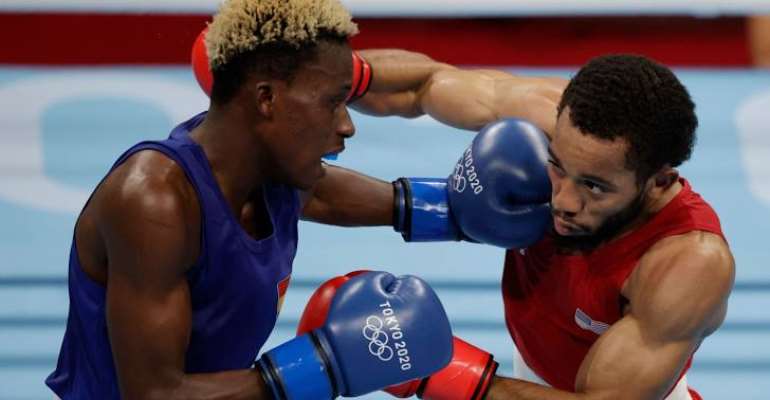 Ghanaian boxer, Samuel Takyi, has won himself a bronze medal in the men’s boxing featherweight division at the ongoing Tokyo Olympics.

The 20-year-old ended Ghana’s 29 years wait for an Olympic medal after winning the bronze medal, with the country’s last medal coming at the Barcelona 1992 games.

The medal is also the fourth at the games for Ghana in the boxing event, with Takyi joining the illustrious group of Clement Quartey – 1960- Silver, Eddie Blay – 1964- Bronze and Prince Amartey – 1972 – Bronze, as the only men to ever win Ghana an individual Olympic medal.

In boxing at the Olympics, both losing semi-finals are awarded bronze medals, meaning Takyi will get a medal irrespective of the outcome of his semi-final fight.

Takyi started slowly, compared to the American who won the first round.

Takyi, just like in his quarter-final fight against Colombian Avila Sagura, rallied back in the second round but the Ghanaian was caught multiple times by Ragan in a brawly 3rd round where neither boxer dominated.

The judges scored the fight 4-1 in favor of the American, ending Takyi’s and Ghana’s dream of a first-ever gold medal, but ultimately still a fairytale journey for the boy from Atukpai, in Accra.