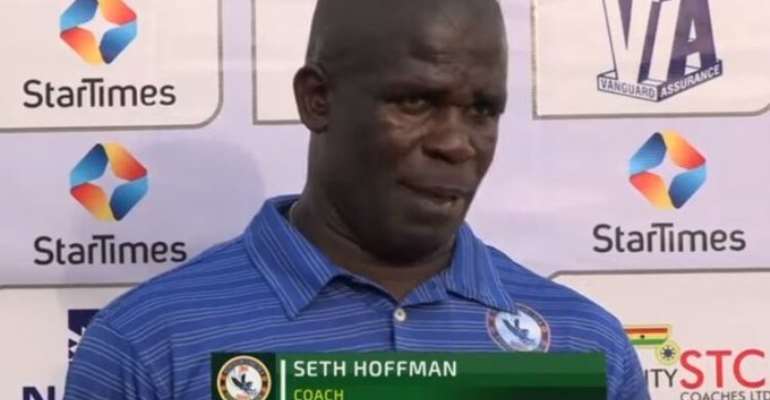 After the defeat, Seth Hoffman blaming referee Lateef Adaari and his assistants, Augustine Soglo Dakura and Ato Yawson for their defeat.

“I normally don’t talk of officiating but watch the officiating," the former Hearts of Oak gaffer said.

“But today [referee] Lateef [Adaari] and his colleagues.

“But at the end of the day, it [bad officiating]affected us.

“The whole of the 45 minutes and 90 minutes, all the cards on us, only one or two cards went to AshantiGold but serious cards he didn’t show them.

“So showing us cards, our strength of the boys had to come down because they know when they go in, it will be a disaster of a red card," he added.

Ashgold will play Hearts of Oak in the finals of the MTN FA Cup at the Cape Coast Stadium on August 8.