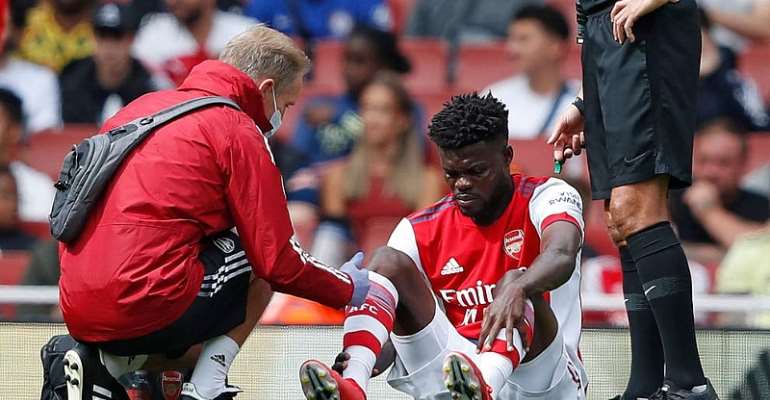 Arsenal midfielder, Thomas Partey will today undergo a scan on an ankle injury he sustained during Sunday's 2-1 pre-season defeat by Chelsea.

Partey, 28, limped off during the first half following a tackle by Blues midfielder Ruben Loftus-Cheek.

The Ghanaian tried to carry on playing after originally struggling with his ankle issue but, after more treatment from the physio, he came off after 40 minutes.

According to Mikel Arteta, the injury is not looking good.

"At the moment it's not looking good because he was in pain and he could not continue which, for Thomas, is pretty unusual," said manager Mikel Arteta.

Although he had a bright start to life in the European country, various injury setbacks meant that Arsenal did not fully benefit from his quality in his debut season.

With the Premier League campaign kicking off against Brentford on August 13.

Last season, Partey made 33 appearances across all competitions and provided three assists in the process.