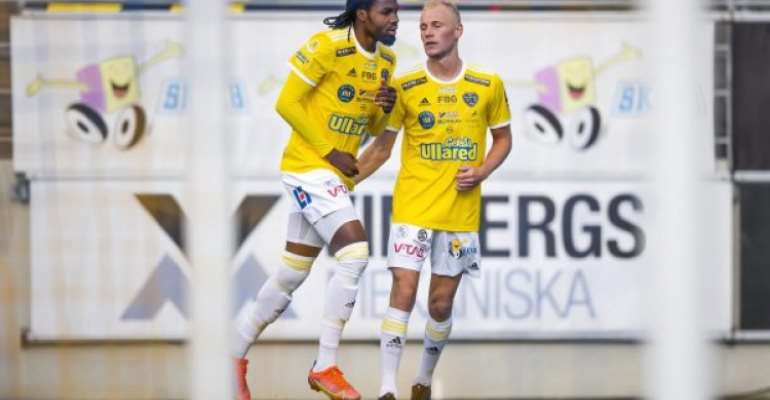 Striker Kwame Kizito was on the scoresheet for Falkenbergs FF in their stalemate on Sunday.

The Ghanaian striker climbed off the bench to rescue his side from home defeat to Norrby IF in the Swedish second-tier league.

Defender Ludvig Oehman gave the visitors the opener after scoring an own goal on the 16th minute of the game.

Kwame Kizito, a former Hearts of Oak striker was introduced as a replacement for Umar Bala Mohammed in the second half of the game.

Kizito needed just three minutes after his introduction to level the score for Falkenbergs FF with a fine strike to end the game 1-1.

He has managed to score three goals in his 9 appearances for Falkenbergs FF in the ongoing season.

Kizito has a contract with Falkenbergs FF until November 2021.