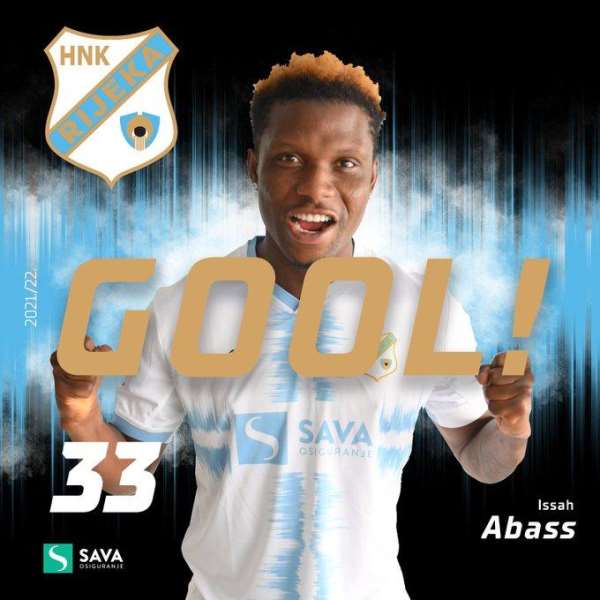 The talented winger joined the Croatian outfit this summer for a season-long loan from German Bundesliga side Mainz 05.

Having made an impression in pre-season, he looks set to play a pivotal role for NK Rijeka in the 2021/2022 football season.

Today in a matchday 3 encounter against HNL defending Champions Dinamo Zagreb, Issah Abass earned a starting role to play in the attack of his team.

Causing a lot of problems for the defense of the home team, the Ghana winger netted a brace in the second half to send Rijeka into the break with a 3-2 win.

Unfortunately, Dinamo Zagreb came in strong in the second half and scored to force the game to end in a 3-3 stalemate.

On the matchday, Josip Drmic scored the other goal for NK Rijeka while goals from Dino Peric, Lovro Majer, and Mislav Orsic ensured that Dinamo Zagreb avoided a home defeat.

After his performance today, Issah Abass has seen his confidence boosted and should enjoy regular playing time in upcoming matches.