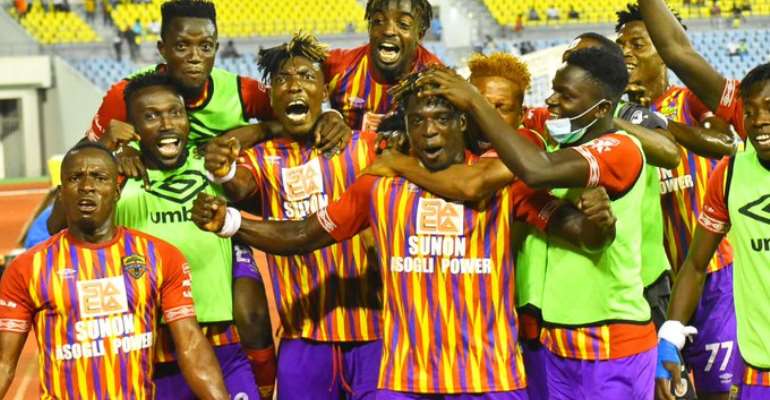 Hearts of Oak have progressed to the finals of this season’s MTN FA Cup competition after hammering Medeama SC 3-0 at the Cape Coast Stadium on Sunday evening.

Earlier in the afternoon, the first semi-final game was played with Ashanti Gold SC thumping Berekum Chelsea 4-1 after extra time to secure a place in the finals.

Following up subsequently, Hearts of Oak and Medeama SC locked horns to battle for the final spot in the finals of the domestic cup competition.

In a game where the Phobians had too much in their locker, the team ruthlessly put the opponent to the sword to emerge as deserving 3-0 winners.

On the matchday, Hearts of Oak led at the break courtesy of a goal from midfielder Benjamin Afutu.

Later in the second half, Isaac Mensah capitalized on a blunder from the Medeama goalkeeper Frank Boateng in the 59th minute and made no mistake as he equalized to double the lead for his team.

Later on, Daniel Afriyie Barnieh won and converted a spot-kick to seal the big win for Hearts of Oak in the semi-finals of the cup competition.

With all semi-final games played, all is set for the MTN FA Cup final where Hearts of Oak will face off with Ashanti Gold SC.