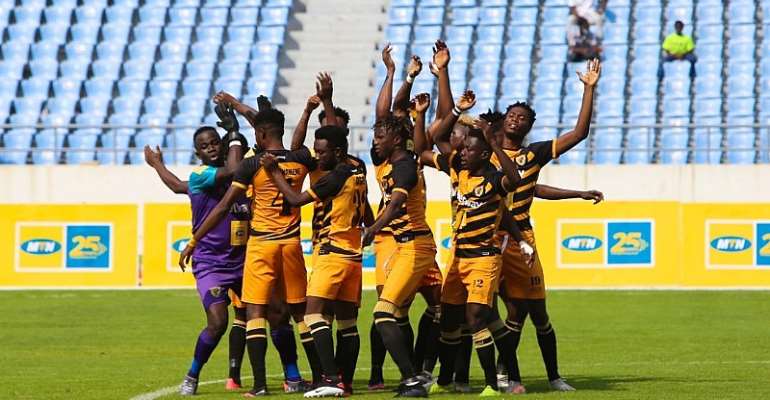 Ghanaian giants, Ashanti Gold SC have advanced to the finals of this season’s MTN FA Cup competition after thrashing Berekum Chelsea 4-1 in the semi-finals on Sunday afternoon.

The two Ghana Premier League clubs today locked horns at the Cape Coast Stadium to battle for a win in the last four stage of the domestic cup competition to earn the ticket to play in the final.

After an exciting contest in 90 minutes, it was all square as a jaw-dropping free-kick goal scored by Eric Esso to shoot Ashanti Gold SC in the first half was canceled by a fine strike from Berekum Chelsea striker Stephen Sarfo.

Forced to play 30 more minutes to decide the winner, it was Ashanti Gold SC that came out tops.

Courtesy of the delightful 4-1 win, Ashanti Gold SC have booked a place in the finals of this season’s MTN FA Cup competition.

The team awaits the winner of the other semi-final game between Hearts of Oak and Medeama SC.