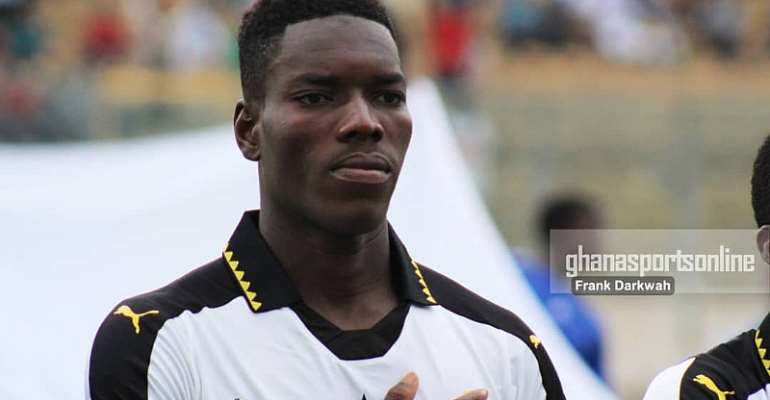 Ghana defender, Lumor Agbenyenu has lost his four-year-old son after completing a move to Greek side, Aris Thessaloniki, Footballghana.com has reported.

The former RCD Mallorca left-back joined the Greek side on Friday afternoon.

However, Lumor was hit with the sad news few hours after joining the club.

The cause of his son's death is, however, unknown.

Lumor will return to the West African country to ensure the burial of his son.

Lumor is a product of Ghana lower division side Wassaman United, who first sent him out on loan to Porto’s youth side in 2014-15.

After one season with the Dragons, he headed for another loan at Portimonense, who ultimately signed him on a permanent contract.

In 2017, he joined German lower-tier side 1860 Munich on loan, after which he permanently switched camp to Sporting after a fine season in Bundesliga 2.

His first task was to help Sporting negotiate the second half of the 2017-18 term, making a limited seven league outings.

Lumor’s little game time forced him out on loan, first to Goztepe in the Turkish league, and then to Mallorca in La Liga.

Back with Sporting last season, he made no appearances, signalling an imminent end to his time with the club.

Agbenyenu has featured 13 times for the Black Stars since making his debut under coach Kwasi Appiah.