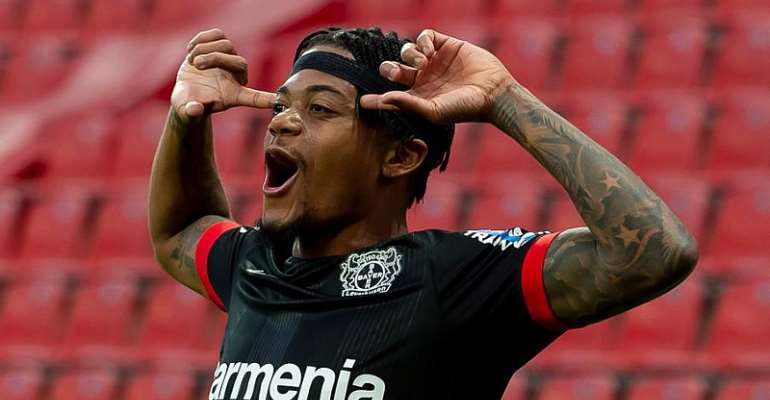 Aston Villa announced on Saturday they had agreed a deal with Bayer Leverkusen for Leon Bailey as England's Jack Grealish has reportedly been the subject of an offer from Manchester City.

According to British media, City have bid a record £100 million ($139 million) for Villa's 25-year-old captain.

Jamaica attacker Bailey, 23, could be seen as a direct playmaking replacement for Grealish.

"Aston Villa and Bayer Leverkusen have reached an agreement for the transfer of Leon Bailey subject to the player completing a medical and finalising personal terms," Villa said in a statement.

Bailey has scored 28 goals in 119 Bundesliga appearances for Leverkusen.

Villa start their Premier League season at Watford on August 14.