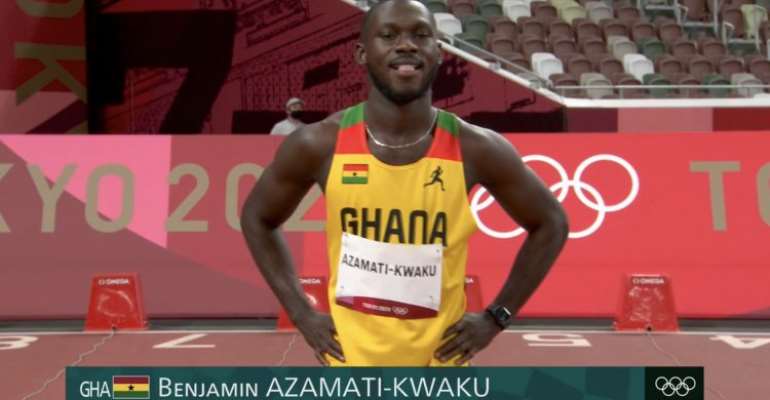 Ghana medal hopeful, Benjamin Azamati has missed out on making the semi-finals of the 100m race at the ongoing 2020 Tokyo Olympic Games after falling short in his heat.

The young athlete is one of Ghana’s track athletes at the Games in Tokyo. Today, he took to the tracks in a heat to seek a place in the semi-finals.

Finishing with a time of 10.13 seconds at the end of the race, he came fourth and hence fails to make the semis.

In another update, boxer Sulemanu Tetteh has lost to Yosbany Veitia in the Light Flyweight fight and hence has been eliminated.

It adds to the many casualties Ghana has suffered at the 2020 Tokyo Olympic Games as the chase for a first medal continues.

Meanwhile, there is still hope in the men’s relay race where Benjamin Azamati and his compatriots will be competing to secure a medal for Ghana.