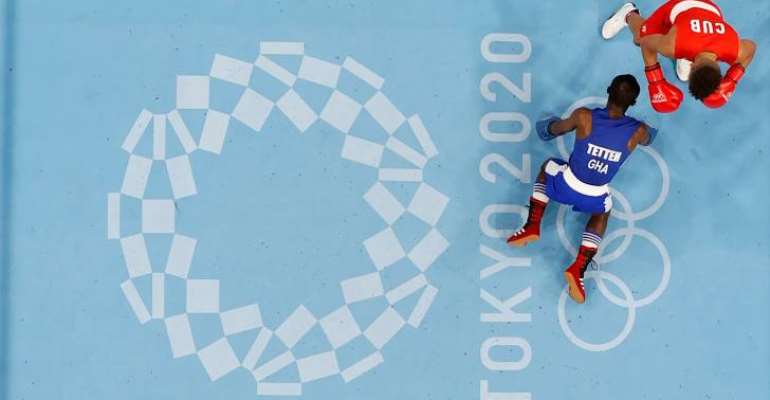 Ghana's Sulemanu Tetteh has been eliminated in the ongoing Tokyo Olympic Games following a unanimous decision loss to Cuba’s Veitia Yosbany in the Flyweight division on Saturday.

Tetteh was floored twice and stood no chance right from the start of the round of 16 fight.

The Black Bombers skipper was underwhelming and lost all three rounds to his opponent, Vietia who put up a determined fight to secure the win.

The 28-year-old Ghana from the scratch failed to cope with the pace of the bout and was caught a few times in the face.

Tetteh struggled even more in the second round, failing to put up a fight against the Cuban.

A much better final bout was needed, but that too did not go as planned, as the two-time Ghanaian Olympian bowed out of the Flyweight division in the Olympic Games.

The next Ghanaian boxer in action will be Samuel Takyi against Ávila Segura Ceiber David of Colombia on Sunday, August 1, 2021, at 02:48GMT.