Barcelona, Real Madrid and Juventus 'to carry on with ESL plans' 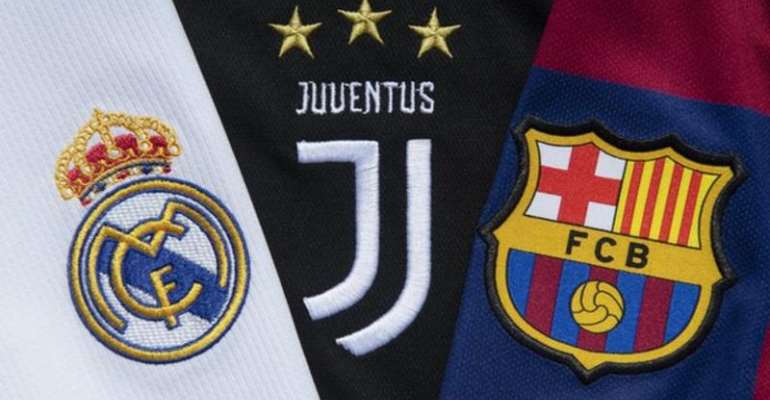 Real Madrid, Juventus and Barcelona says they are pleased they will "no longer be subject to Uefa's ongoing threats"

Barcelona, Real Madrid and Juventus say they will continue with plans for a European Super League, claiming to have successfully argued against any punishment by Uefa.

A joint statement from the three clubs said a court decision on Friday in Madrid means European football's governing body have an "obligation" to terminate disciplinary proceedings against them.

Uefa paused action in June when the case was passed to the European Court of Justice.

Twelve clubs announced themselves as founder members of the Super League in April, but the proposed breakaway competition collapsed within 72 hours after nine withdrew amid fan protest, opposition from Uefa, Fifa and domestic leagues, as well as the British Government and the royal family.

Juve, Barca and Real are the only sides not to have renounced the breakaway league and have again reiterated their intention to "keep developing the Super League project".

English football fans, including Chelsea supporters, protested against their involvement in the European Super League

They added that they intend to do so by working with governing bodies, leagues, fans, players, managers and clubs - all stakeholders which opposed the breakaway competition when it was initially announced.

"Clubs participating in European competitions have the right to govern their own competitions," the clubs continued in a statement.

"We are pleased that going forward we will no longer be subject to Uefa's ongoing threats.

"We are aware that there are elements of our proposal that should be reviewed and, of course, can be improved through dialogue and consensus.

"We remain confident in the success of a project that will be always compliant with European Union laws."

Uefa has declined to respond to the statement from the three clubs.

Real Madrid president Florentino Perez, who was named as the ESL's founding chairman, has previously said the 12 clubs that agreed to join a new European Super League have "binding contracts" and "cannot leave".

Uefa told to 'unwind action' against clubs
The nine which have distanced themselves - Manchester City, Chelsea, Manchester United, Liverpool, Arsenal, Tottenham, Inter Milan, AC Milan and Atletico Madrid - were handed financial punishments by Uefa in May.

The trio that remain say European football's governing body must now "unwind the actions taken against all" sides involved in the ESL.

"The court backs the request made by the promoters of the European Super League, dismisses Uefa's appeal, and confirms its warning to Uefa that failure to comply with its ruling shall result in fines and potential criminal liability," the clubs said.

"The case will be assessed by the European Court of Justice in Luxembourg, which shall review Uefa's monopolistic position over European football."