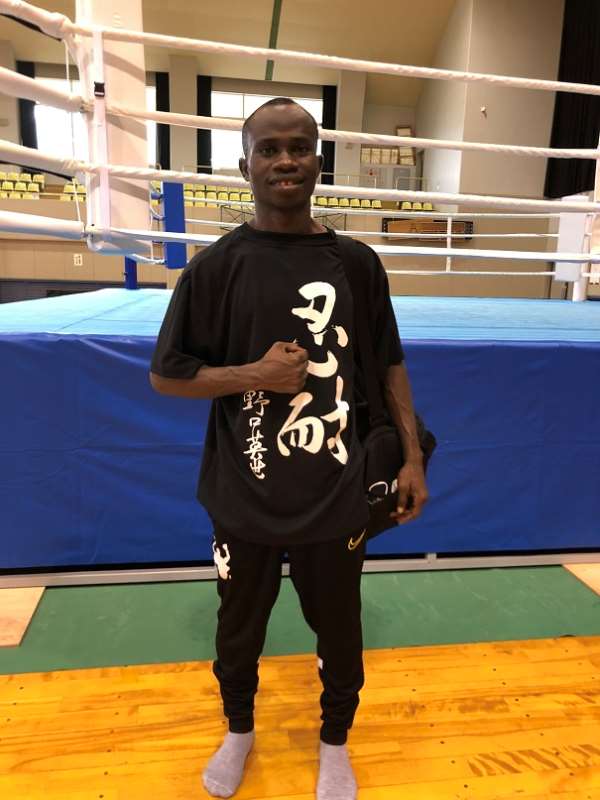 Suleimanu Tetteh, captain of the Black Bombers who recorded Ghana's first victory for Ghana at the Tokyo 2020 Olympic Games in the Round of 32 says he is ready to deliver and make history for himself and his family.

The Ghana Prisons Officer who face Yosvany Veitía of Cuba in the Round of 16 on Saturday wants all Ghanaians to have hope in him and pray for him to succeed.

“I will be the first Ghanaian to beat a Cuban at the amateur level, and I am very sure of myself,” he expressed.

'Golden Ring Warrior’ Samuel Takyi (ST) who was the first to the quarter-finals since 1988 also said he will prove that he is the best in the 57 kg category at the 2020 Olympic Games.

He noted that Colombia has not produced world champions like Azumah Nelson and Ike Quartey, and he will certainly win over his older opponent, Ceiber Avila.

Meanwhile, Head Coach of Ghana's national boxing team, Dr Akwasi Ofori Asare, has disclosed that getting a medal at this year's Olympics still remains their ultimate goal, despite the loss of light-heavy Shakul Samed.

The Black Bombers suffered their first loss at this year's Olympics when Samed was knocked out in the second round by Turkish boxer Malkan Bayram in a light heavyweight contest.

Speaking in an interview after the setback, Coach Asare said Samed's loss was a painful one to Team Ghana, but they remain focused on making a mark at the Games.

“Samed wanted to win the bout but unfortunately took a punch and the referee didn't give him a chance for a comeback which is part of the rules of the game.

"We are not going to give up, we have two boxers still in contention, so we will work very hard to make a mark,'' he said.

Ahead of these bouts, Coach Asare says they are hopeful of positive results and he is working towards winning a medal for Ghana.

He added the South American opponents are very uncompromising, but the Bombers will crack hard to gain the victory.