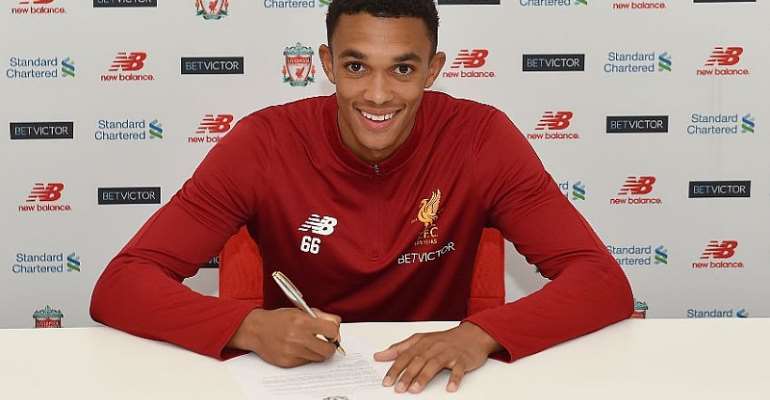 Full-back Trent Alexander-Arnold has signed a new contract with Liverpool until the summer of 2025.

Alexander-Arnold, 22, is a product of the club's youth academy and has made 179 appearances since his first-team debut in October 2016.

The England international missed Euro 2020 after suffering a thigh injury in a warm-up match before the tournament.

Alexander-Arnold, who has won the Champions League and Premier League, said the new deal was a "no-brainer".

Alexander-Arnold was shortlisted for the Ballon d'Or in 2019 and has also won the Fifa Club World Cup and Uefa Super Cup with the Reds.