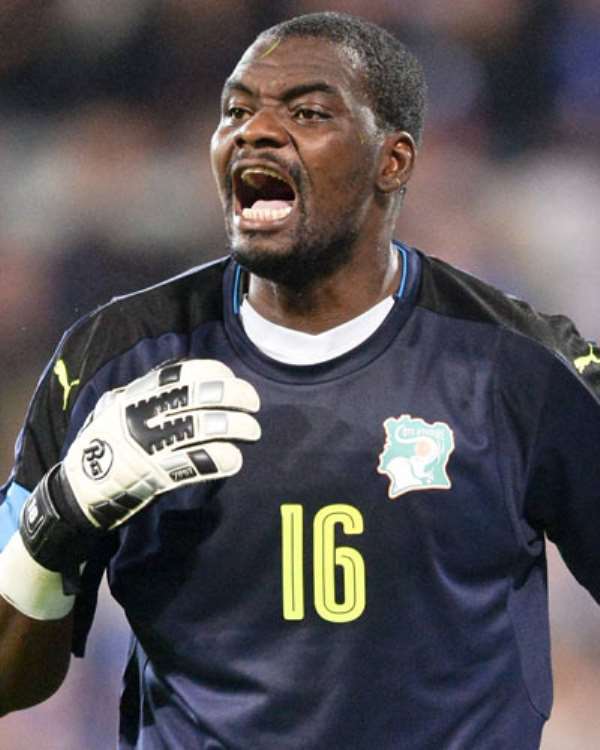 The highly-rated shot-stopper is a free agent this summer after partying ways with Congolese giants TP Mazembe.

According to information gathered from Kumasi-based Pure FM, the goalkeeper is in contact with Medeama SC and could join the team from Tarkwa before the start of the 2021/2022 football season.

It is understood that the experienced goalkeeper has personally expressed interest to play for the Yellow and Mauve outfit and is eager to seal a deal that will see him opening a new chapter of his career in Ghana.

Sylvain Gbohouo, 32, before leaving TP Mazembe played six years for the club. Before that adventure, he was the goalkeeper of the Ivory Coast club Séwé Sport.

The goalkeeper over the years has been a national team goalkeeper and was part of the Ivory Coast squad that won the 2015 Africa Cup of Nations (AFCON).