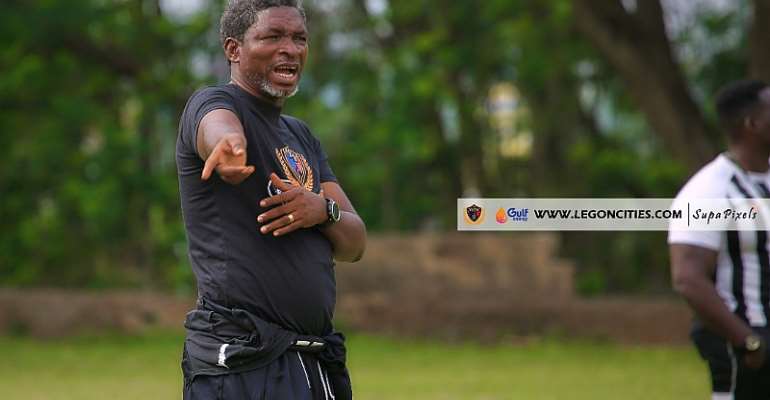 Maxwell Konadu has revealed he has signed a three-year deal with Legon Cities after surviving relegation.

The Royals endured a torrid campaign in the just-ended campaign.

After four matches played, the club announced Bashir Hayford as the head coach of the club, replacing Goran Barjaktarevic.

However, the veteran gaffer failed to stabilize the club in the second half of the season.

The management of the club settled on Maxwell Konadu as the new head coach with three matches to end the campaign to fight to maintain their Premier League status.

According to him, he has been given a mandate to steer the club to make it to the top eight and fight for the top four the following season.

"I signed a three-year contract and my target for next season is to be in the top eight and move into the top four the following season," he told Nhyira FM.

He also revealed that everybody at the club came on board in their fight to survive relegation.

"Everybody at Legon Cities were involved in our relegation survival battle including even our cooks and drivers," Konadu revealed.