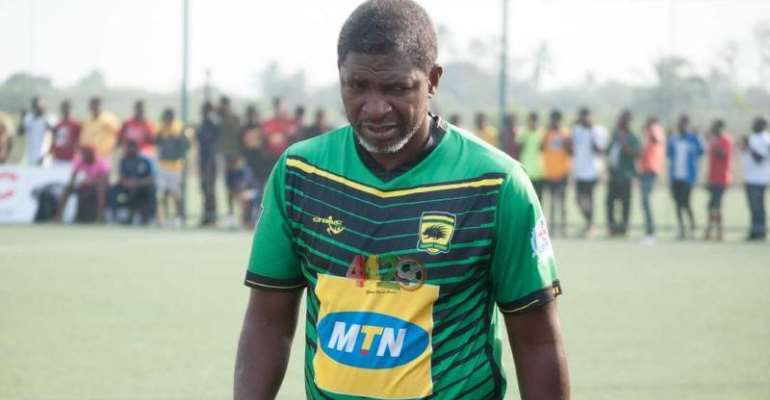 The Porcupine Warriors after showing an early ambition of winning the title lost the race to their bitterest rivals, Hearts of Oak and finished on the 2nd position with 57 points.

And Konadu, who is now the head coach of Legon Cities believes disunity among the playing body, board and management cost them the title.

"There was no unity among the players, technical team and all those who matter at the club," he added.

Meanwhile, the woes of the club was deepened when they failed to defend the MTN FA Cup title.

Kotoko exited at the quarterfinal of the competition, losing to Berekum Chelsea on penalty shootout at the Obuasi Len Clay Stadium.

Mariano Barreto, who is the head coach of the club is set to be shown the exit after ending the season trophyless.

Maxwell Konadu was sacked as the head coach of the club by the Nana Yaw Amonsah led management after losing to Great Olympics at the Accra Sports Stadium in the just ended season.