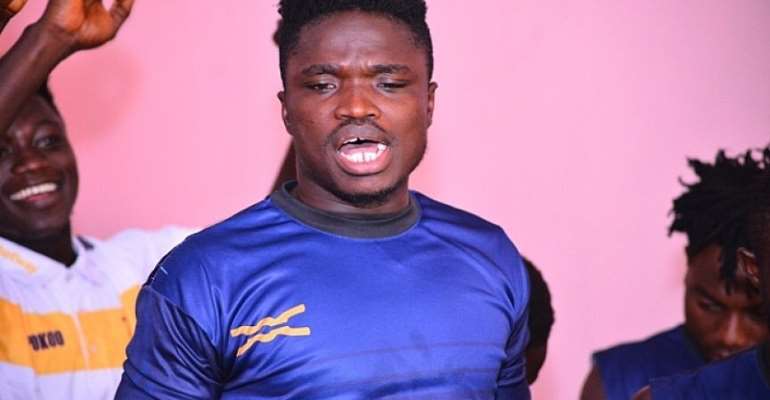 Frank Ofori, the father of Hearts of Oak target, Eric Ofori Antwi, has apologized for insulting the Phobians in the past.

Ofori Antwi, who plays his club football for Medeama SC speaking in an interview confirmed his interest to play for the Phobaisn ahead of the new season.

Despite Ghana failing to win the 2013 Fifa U20 World Cup, Ofori Antwi who was then playing for Amidaus Professionals, rose to fame as his performance caught the attention of scouts all over the world and was strongly linked with a move to Hearts of Oak but his father insisted that his son will never play for the Phobians since players from Bono and Ahafo regions end up as paupers after their stints with the club.

As a result, Ofori Antwi controversially signed for rivals Asante Kotoko before joining Medeama in 2016 as a free agent.

However, Hearts coach Samuel Boadu is reported to have shown interest in Ofori Antwi whom he worked with at Medeama for four seasons but a section of the Phobians supporters have kicked against his coming due to his father’s comments in the past.

“I would like to take this opportunity to apologize to the Hearts of Oak fraternity for saying those unpalatable words about them some years ago,” a sober Frank Antwi told Agogo-based radio station Adanse3 FM.

“It wouldn’t happen again. I, therefore, withdraw those comments. It is true that I swore that none of my children will ever play for Hearts Of Oak because I didn’t like the team. I want to say that I made those comments under the influence of alcohol.

“I used to be into alcoholism those days, but now I’ve changed. I don’t drink alcohol these days because I know the terrible effects it can bring to homes and families.

“I’ve regretted ever saying such things about Hearts of Oak in the past on radio and I hope their supporters will have a place in their hearts to forgive me. They shouldn’t punish my son because of my mistakes in the past,” he added.

Hearts will represent Ghana at the 2021/22 Caf Champions League after winning Ghana Premier League for the first time since 2009.