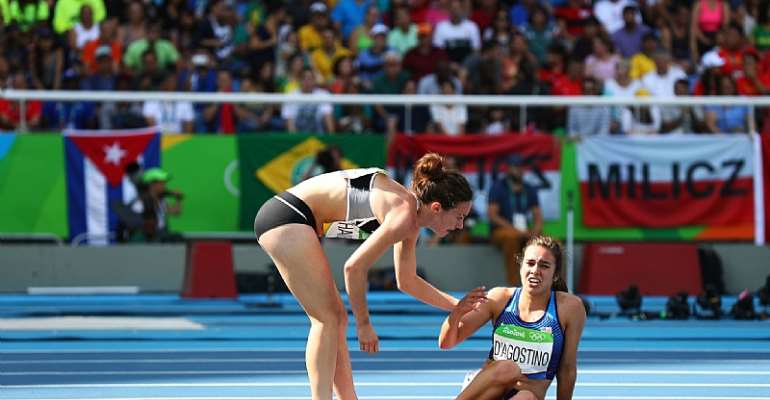 The organisation, founded in 1963, seeks to promote the ideals of fair play.

It has presented awards at the Olympic Games to "courageous athletes who demonstrated the true meaning of being an Olympian".

The CIFP in now calling for fans to submit nominees from Tokyo 2020.

The organisation says moments of fair play should be submitted to [email protected] or via its social media channels.

The International Olympic Committee has reportedly expressed its support for the Tokyo 2020 Fair Play Awards.

A total of 14 nominees were received for a Fair Play Award at the Rio 2016 Olympic Games.

The two athletes helped each other to finish the women’s 5,000 metres at the Games, after tripping.

The CIFP described their act as a "shared act of fair play, mutual respect, and inspiration to all athletes".

The Tokyo 2020 awards are expected to be presented virtually.

A jury will decide the winners from the submissions entered by the public.