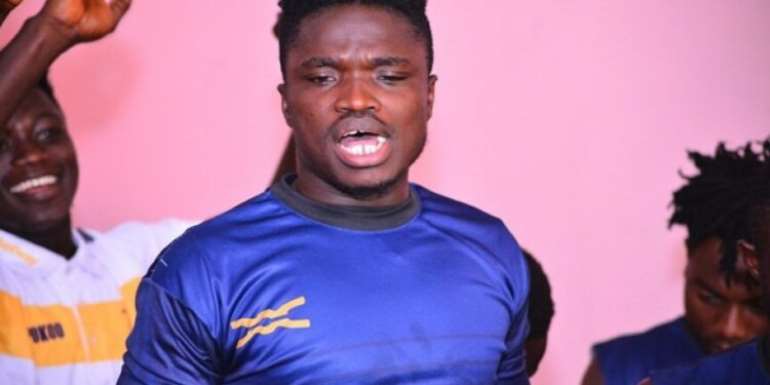 Hearts of Oak who were crowned 2020/21 Ghana Premier League champions are seeking to beef up their squad for their Caf Champions League participation next season.

Ofori Antwi has five months left on his contract with Medeama but his desire to leave the club is no secret.

According to the former Asante Kotoko goalkeeper, playing for the capital-based club will enhance his football resume.

“I have five months left on my contracts with Medeama. Every team that wants me would have to discuss with my team Medeama. so I have left the contract discussions with my manager,” he told Onua FM.

Antwi snubbed Hearts who were desperate for his signature prior to signing for Kotoko in 2015.

The goalkeeper came close of joining the Phobians after parting ways with the Porcupine Warriors.

Ofori Antwi joined the Yellow and Mauve in 2017.
And he feels the time is right to don the rainbow colours of Hearts of Oak.

“Playing for Accra Hearts Of Oak is a big opportunity and it will improve my CV a lot. I will play for Hearts next season,” Antwi boldly claimed.

Asked by Alfred if he would pick Hearts of Oak over a foreign club.

He responded: “I will stay and play for Hearts of Oak if I’m comfortable with the contract that they bring compared to a team outside the country.

Ofori Antwi is hoping to leave Medeama as a winner as the club are in contention for the MTN FA Cup trophy.

Gov't hands over seized rosewood to Trustees of National Cat...
48 minutes ago