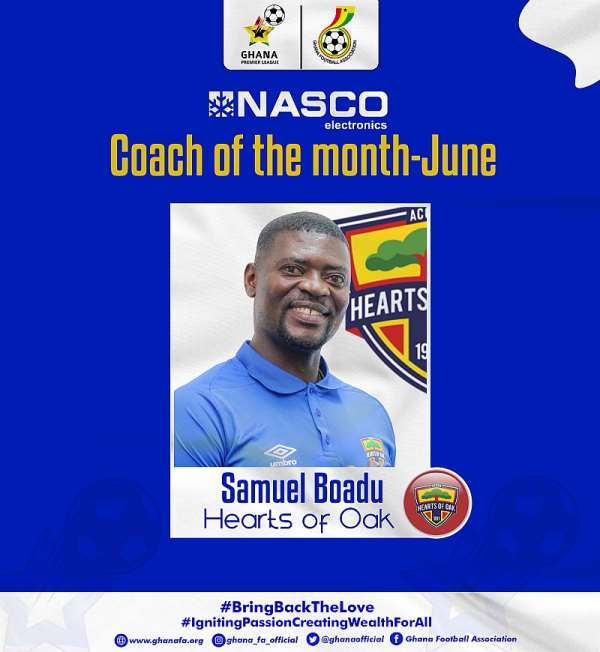 Hearts of Oak head coach, Samuel Boadu has been named the NASCO Coach of the Month for the final month of the 2020/2021 Ghana Premier League season.

Despite seeing his outfit's winning run ended last month, the gaffer still guided his side to pick needed points to become Champions of the Ghanaian top-flight league campaign.

The latest award means that the Hearts of Oak gaffer picked both awards in the final two months of the league season. In May, he was named coach of the month as well.

For his prize, the Ghana Premier League-winning coach is set to receive a NASCO Television set.

Meanwhile, WAFA SC talisman Augustine Boakye has been named the NASCO Player of the Month for June.