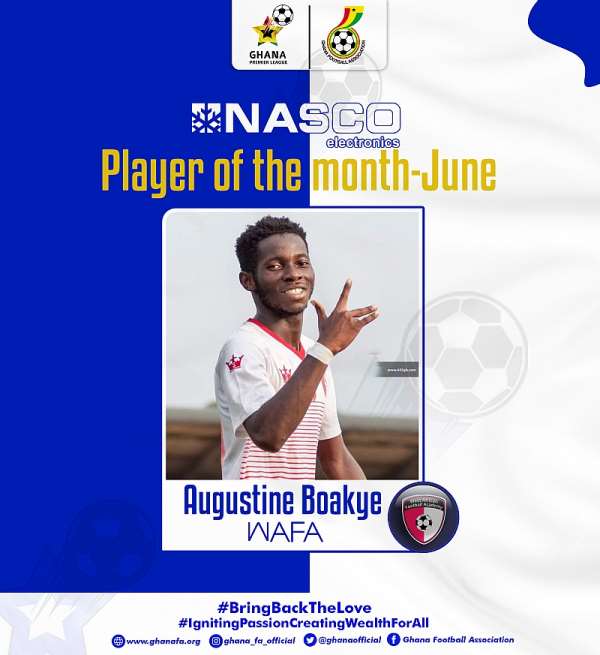 Augustine Boakye has been named the Ghana Premier League (GPL) Player of the Month for June.

Boakye was impressive for the Academy boys after winning the MVP award twice in June.

The mercurial midfielder was also on target for the Academy boys in their game against Dreams and against Aduana Stars both at the WAFA Park in Sogakope.

He featured in the club’s matches in the month of June in their quest to finish in the top four.

For his award, he will receive a NASCO television set and a personalized trophy.