GHPL: Asante Kotoko and Hearts of Oak desperate for my signature - Agyemang Badu 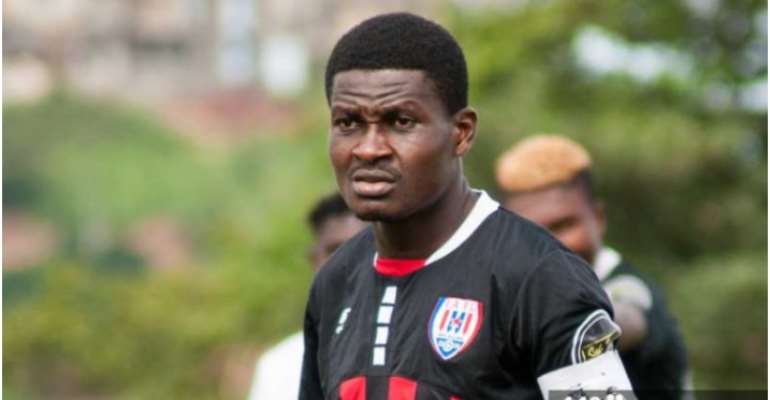 Inter Allies central defender, Emmanuel Agyemang Badu has revealed that Hearts of Oak and his former side, Asante Kotoko have all joined the race to sign him.

Badu is a free agent after leaving the club after suffering relegation in the just ended 2020/21 Ghana Premier League season.

The 26-year-old has refused to renew his contract with the club following their relegation to the Division One. Badu joined the club after he failed to extend his say at Kotoko after his two-year contract expired in May 2020.

According to him, he has received overtures from officials of Kotoko who want him back while Hearts of Oak coach Samuel Boadu and his assistant have also contacted him directly.

"Why I left Kotoko? “It was like a miscommunication between my coach [Maxwell Konadu] and my management caused it. There were disagreements,” he told Kumasi based Pure FM.

“The coach asked me to start pre-season before my contract will be renewed but my management also wanted to know Kotoko’s new offer before I start training.

“I will not be going to Division One with Inter Allies. My contract with them has expired.

“Day-in-day-out, different agents bring their offers which my management is considering,” said the 25-year-old.

Badu then lifted the veil on a possible transfer battle between Hearts and Kotoko for his signature.

“Yes, they [Hearts officials] have met with me and botch coaches – Samuel Boadu and Hamza Obeng have spoken to me.

"Barreto? Yes, I have had a word with him but it is the leadership [of Kotoko] who talk with me every day. I’m still playing and this is my job so I cannot say never to a Kotoko return.”

“My management would decide on the best offer for me from these clubs,” he added.