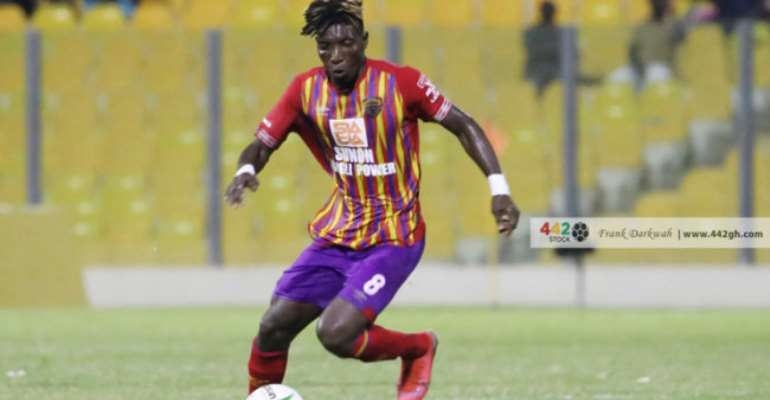 Hearts of Oak midfielder, Benjamin Afutu has been described as the toughest opponent by Gladson Awako.

Afutu was a key player in the midfield of the Phobans in the just-ended season.

He played a vital role for the club and helped the club to end their 12 years trophyless jinx under young gaffer, Samuel Boadu.

Afutu has been tipped to earn a call up to the Black Stars due to his impressive season with the Phobians.

Awako speaking in an interview revealed that the 27-year-old midfielder is the toughest opponent he has played against.

"Benjamin Afutu is the toughest player I have played against," he told Asempa FM.

"He gave me a tough time in our second game of the season and I think he is a good player.

"Afutu frustrated me and he gave me less space and time to explore," he added.

Benjamin Afutu helped Hearts of Oak to finish the season on top of the league log with 61 points. Hearts of Oak will present the country in the 2021/22 Caf Champions League.