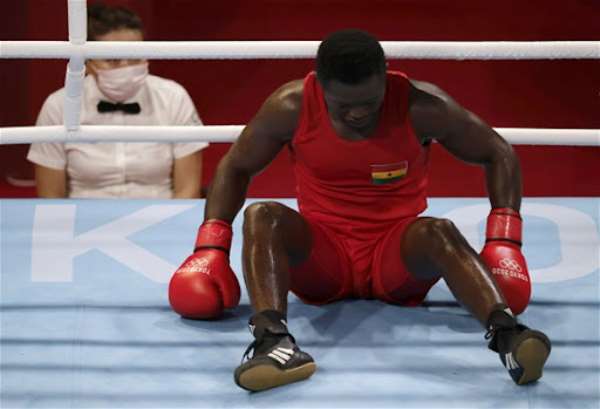 Ghana’s Shakul Samed suffered a painful knock out lose to Malkan Bayram of Turkey at the Edo Museum Kokugikan Arena, in Tokyo on Wednesday.

The 21-year Turkish boxer seemed too powerful for Shakul as he overpowered him in the second round having dominated the first round, forcing the referee to stop the fight.

It was the first fight for the 22-year-old Ghanaian boxer after he drew a bye in the Round of 32 while the Turkish boxer moves on into the quarter-finals with the TKO win.

Skilful Samuel Takyi, who has reached the quarter-finals in the Featherweight division was superb in the Round of 16 after earning a unanimous decision win over Ecuador's Caiceido Carlos.

However, skipper Suleimanu Tetteh has vowed to beat Yosvany Veitía of Cuba in the Round of 16 on Saturday, July 31.