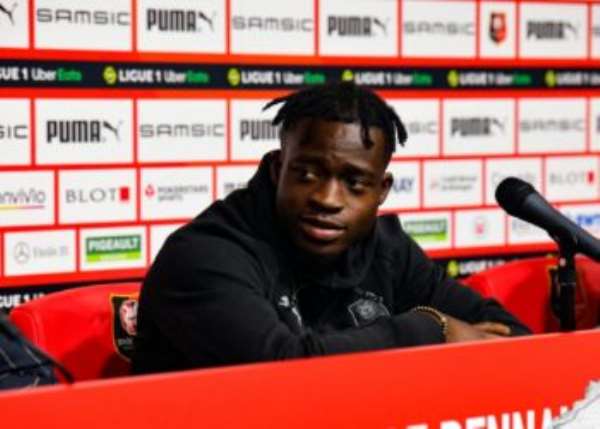 Ghana international, Kamaldeen Sulemana is geared up for the new chapter of his career in the French Ligue 1 after noting that his new club, Stade Rennais FC is the best place for him.

Despite interest from Ajax Amsterdam and Manchester United, the teenage sensation has signed for the French outfit from Danish Superliga side FC Nordsjaelland.

Asked why he opted to join Stade Rennais, the forward says he was convinced by a number of factors including the fact that he will have the chance to play in Ligue 1, one of the best leagues in the world.

“I have the opportunity to play in the best French league with Rennes, which is one of the world's best leagues, so that's reason enough. I spoke with Michael Essien, who has played in Bastia and Lyon. He said that it is one of the best leagues in Europe and that it is a good opportunity. At Rennes I will get more playing time than at other clubs,” Kamaldeen Sulemana said as quoted on the website of Rennais FC.

According to the 19-year-old, Rennais FC presented him with a good project and he has no doubt it will help his career.

“Already during my first visit to the club, I had the opportunity to talk to the coach and staff. The project is very exciting and I think it is a good choice for my career. It is a great team and they have developed great talents. That is why it is a good place to come to,” he added.

Ahead of the start of the 2021/2022 French Ligue 1 season next month, Kamaldeen Sulemana is warming up nicely and has been tipped to torment defenders of opposing teams due to his devastating pace and incredible dribbling abilities.